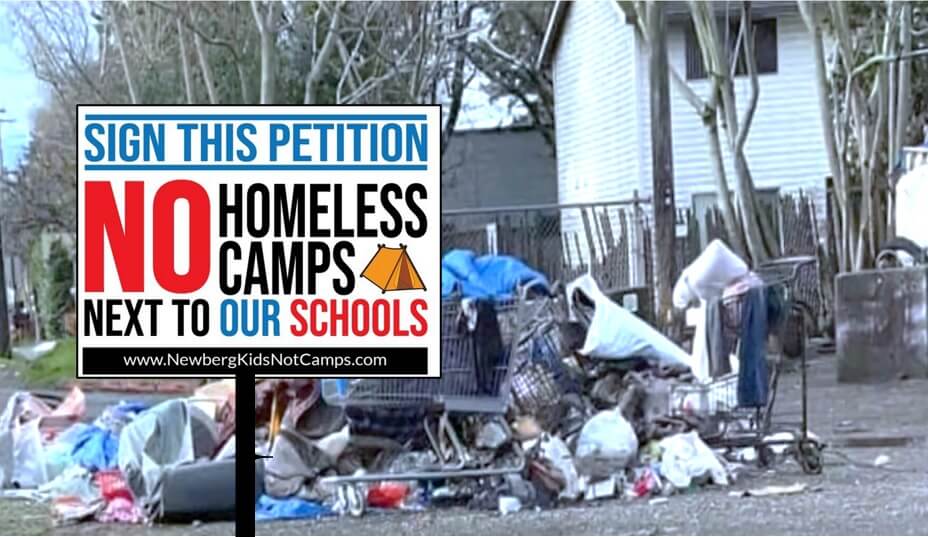 Here is an important petition happening in Newberg:

Newberg, OR- A group of citizens have filed an initiative petition, and have begun collecting signatures to prohibit the spending of public dollars by the City on the creation of homeless camps within 1,500 feet from a school. The initiative would also require a public vote for qualifying camps.

Newberg citizens are following in the footsteps of a bi-partisan effort in Bend with a similar city charter initiative that has broad support.

In March 2022, the Newberg City Council was faced with a variety of options for appropriating $400,000 in ARPA funds. Public school needs, traffic and road needs, impoverished residents, struggling local businesses, and conditions of health care workers were all potential recipients. The Council opted to spend the grant money on a temporary housing camp next to a school.

What surprised many local Newberg residents was that alternative sites were available on publicly owned property, and located far from small children.

Robyn Wheatley, a Chief Petitioner, said: “Their choice of what to fund raised eyebrows, but the reason we feel the need to intervene now is for kids’ safety. We are following Bend’s lead.”

Another Chief Petitioner, Bill Rosacker, added: “We hope to get this on the ballot as soon as November, and believe we will. Signatures are being gathered now, and we have a little less than a month to collect 2,500.”

The Newberg City Council’s controversial appropriation is yet another dispute for the once-quiet community since its “New Left” started organizing campaigns to take over local non-partisan city councils, school boards, and the county commission.

For more information about the initiative: www.newbergkidsnotcamps.com