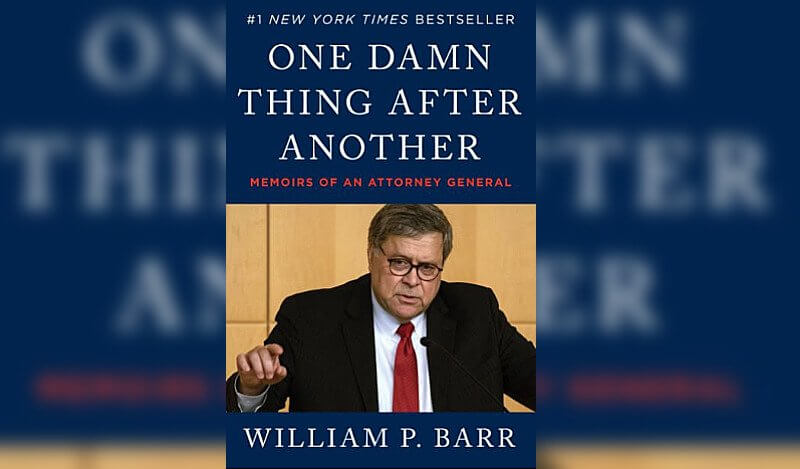 A friend of mine recently sent me a copy of Bill Barr’s memoir One Damn Thing After Another. I would have read it eventually, but that gift moved this book to the top of my queue.

Barr has written a full autobiography, not just another Trump administration book. And here is a revealing anecdote from his time in the administration of George HW Bush when Barr worked in the Office of Legal Counsel (OLC). After Hurricane Hugo hit the U.S. territorial island of St. Croix, anarchy ensued. The Coast Guard provided the first federal aid, and Barr recalls:

The Coast Guard reported that people were fleeing by swimming out to their cutters. A landing party had set up a small perimeter by one dock area; the refugees were telling the Coast Guard that many residents had congregated for security at the homes of households that had firearms.

Could this only happen on an island territory? Of course not. Law and order broke down in the wake of storms in the continental United States too, such as the chaos that followed Hurricane Katrina in 2005. In 2020, the City of Seattle abandoned the Captial Hill neighborhood. How many gun-free homes in the wrong place at the wrong time wished they bore arms in the Capital Hill Autonomous Zone?