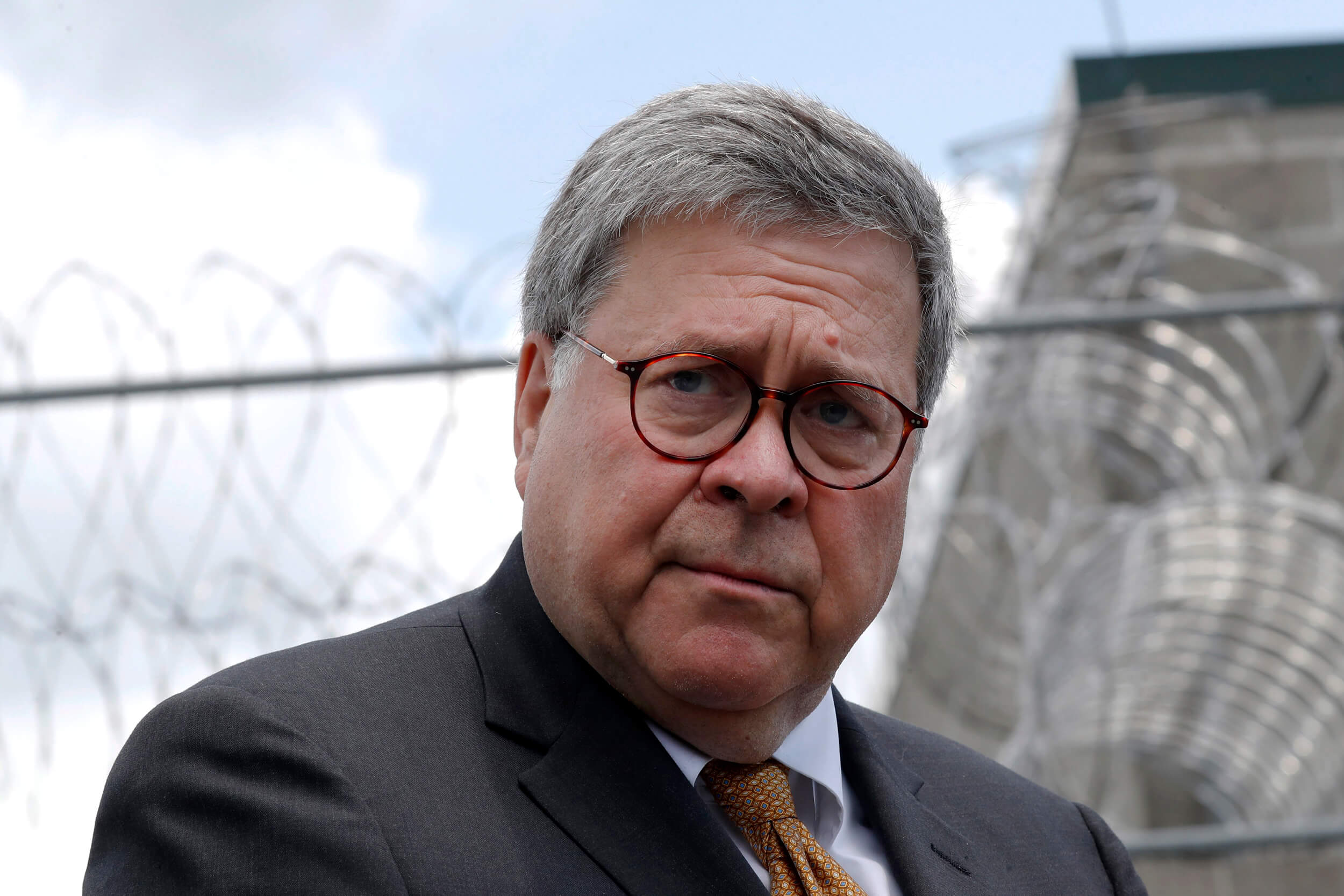 I approach criminal justice the way I approach all other policy areas: with benefits and costs in mind. I run into law and order conservatives that reject such considerations. When I debate the matter with them, they try to articulate some innate notion of justice that should be prioritized over such concerns.

In his memoir, One Damn Thing After Another, Bill Barr makes as good of an articulation of this position as I’ve seen. Defending capital punishment he says:

When a criminal commits the ultimate crime of willfully and callously snuffing out the life of another human being, extinguishing that person’s hopes, loves, and dreams, and hollowing out forever the lives and joys of the victim’s loved ones, then the ultimate punishment is called for. For heinous murders, the only punishment that fits the enormity of the crime, adequately expresses society’s revulsion, and is sufficient to right the scales of justice is the death penalty. To me, allowing a depraved murderer to live out his days after he has willfully destroyed the lives of his victims is the height of injustice. It mocks the value of the victims’ lives and the sanctity of the law.

Barr delves into the philosophy behind fitting a punishment to a crime:

There is a lot of confusion today about retributive justice. Yet in our legal system, retribution is the basis for all punishment, not just capital punishment. The core idea behind retribution is that, when someone commits a crime, a punishment proportionate to the offense is justified and required solely to redress the transgression and restore society’s moral order. That punishment is due regardless of any social utility the punishment may otherwise have in controlling crime in the future. The criminal deserves the punishment for no other reason than he committed the crime. “Justice” is done when the criminal receives his “just deserts.”

The effects that punishment may have on future crime levels—through deterrence, incapacitation, or rehabilitation—are simply utilitarian considerations that are byproducts of a punishment. These ancillary considerations cannot justify punishment that is not deserved as retribution, nor can they provide a benchmark for just punishment apart from the proportionality required by retribution. Thus, for example, even though shoplifting is a crisis in San Francisco, a shoplifter cannot be hammered with a harsh penalty just because it would help deterrence, if the penalty is not proportionate to the crime. In other words, retributive justice requires that punishment be deserved based on the nature of the crime, not based on the utilitarian goals of crime control.

Philosophers and legal theorists have offered many rationales for the principle of retributive justice—for example, that it is necessary to restore the moral order that has been upset by the criminal’s actions, or to defeat an aggressor’s domination of another, thereby upholding the victim’s dignity and natural equality. Whatever its philosophical justification, retribution is plainly supported by a powerful, deeply engrained moral intuition. Some demean it as a base urge that civilized people should suppress. But I believe this moral sense—related to the idea of reciprocity—is part of the law “written on our hearts” and is the source and foundation of our noblest concepts of justice and our passion for it. It is not the same as the personal anger felt by the direct victim of an injury. It is the sense of moral indignation that arises when we see someone, even a stranger, treated in a bad way he or she does not deserve. It is what makes us feel that things have to be made right. It encompasses the rational, measured principle of proportionality. A proper sense of justice, like any virtue, can become corrupted by going too far in one direction or the other. Punishment can become unjustly vindictive or unjustly lenient. But the fact that justice can be corrupted does not mean there is not a virtuous sense of justice and proper measure of punishment.

Retribution is not the same as vengeance or revenge, as those terms are currently used. Vengeance is private retaliation carried out by those directly injured by the crime and knows no limit other than the personal pleasure of the avenger. Before government assumed responsibility for preserving the moral order of society, people relied on private retaliation to protect themselves. The ancient principle of the lex talionis (an “eye for an eye”), found in the Bible’s book of Exodus, was meant to limit the scope of private retaliation. But now private retaliation and the lex talionis have been superseded and supplanted by rational systems of retributive justice administered by the state. Eumenides, the Greek dramatist Aeschylus’s ancient play, dramatizes the Athenians’ journey from reliance on private “Fury” to reliance on collective “Reason” to guard society’s moral order—a path tread ever since by all Western societies. A justice system, unlike private retaliation, relies on an impartial decision maker to determine the blameworthiness of the suspected offender; it sets the standard for proper punishment as proportionate to the culpability of the guilty party; and it administers justice not to satisfy private passion but to uphold the sanctity of law and society’s moral order. Retaliation is ad hoc, whereas retribution is meted out within a system based on general principles mandating punishment in other like cases. Retaliation addresses the private emotions of those hurt, while retribution responds to the collective desire to restore society’s moral order. And retaliation can be accomplished in secrecy, while retribution is inherently communicative, expressing society’s revulsion at, and censure of, the criminal’s behavior.

Opponents cannot dispute that the proportionate penalty for murder is death. But they argue that it is somehow inconsistent to take a life in the name of upholding the value of life. This is a sound-bite argument lacking intellectual coherence. As many have pointed out, it is like saying that locking up a kidnapper for twenty-five years is acting no better than the kidnapper. The highest value is innocent life. The malicious murder of an innocent person is simply not on the same moral plane as the execution of the guilty murderer done to uphold the sanctity of the law, the moral order of the community, and the equality of the victim. The book of Genesis’s famous verse (9:6) states: “Whoso sheddeth man’s blood, by man shall his blood be shed: for in the image of God made he man” (emphasis added). The reasoning here is that it is precisely the unique value of human life—made in the image of God—that calls for imposing the ultimate punishment, not a lesser punishment. The value of something is established by what we take in exchange for it. Imposing death on a murderer does not derogate from the unique value of innocent human life, but vindicates and expresses that value.

This is a popular line of thinking to many conservatives, but the argument is not very convincing. Harkening to our moral intuition is the faulty sort of reasoning that progressives flock to: reasoning via feeling, what Barr calls “a sound bite argument lacking intellectual coherence.”

Barr’s citation of the Bible is not very convincing either. Cherry picking an isolated verse is something I catch progressives doing as well. As a Christian, Barr should know that the New Testament’s Hellenistic take on morality is not generally supportive of the Hebrew Bible’s Bronze Age tastes. For example, in the first eleven verses of John chapter 8, Jesus holds the application of capital punishment to a standard so high, it makes it unworkable. Only people without sin may execute the guilty. Since all have sinned and fallen short of the glory of God, what detective, prosecutor, jury, or hangman can meet this Christian standard?

Of course, Jesus says some sweepingly radical things in the gospels, some of which few Christians take seriously, but even the Torah book of Genesis contradicts the notion that God intends the death penalty to be a consistently applied principle. God was in control of the justice system when the Bible depicts the first murder. Does God give Cain a death sentence? No, Cain is exiled, and God explicitly commands that no one is to harm him.

There is a better way to reason this through. Christian apologetics was my first love, intellectually, but the tendency of the Bible to be fundamentally incoherent and generally inconsistent on such serious matters caused me to give up the project. A stronger ground to evaluate the efficacy of capital punishment is the utilitarian approach that Barr rejects. The death penalty is only worth it if, on net, it offers a benefit to society.

Does it? I don’t know, but the way to convince me is to present empirical evidence. A dogmatic assertion of retribution isn’t enough.