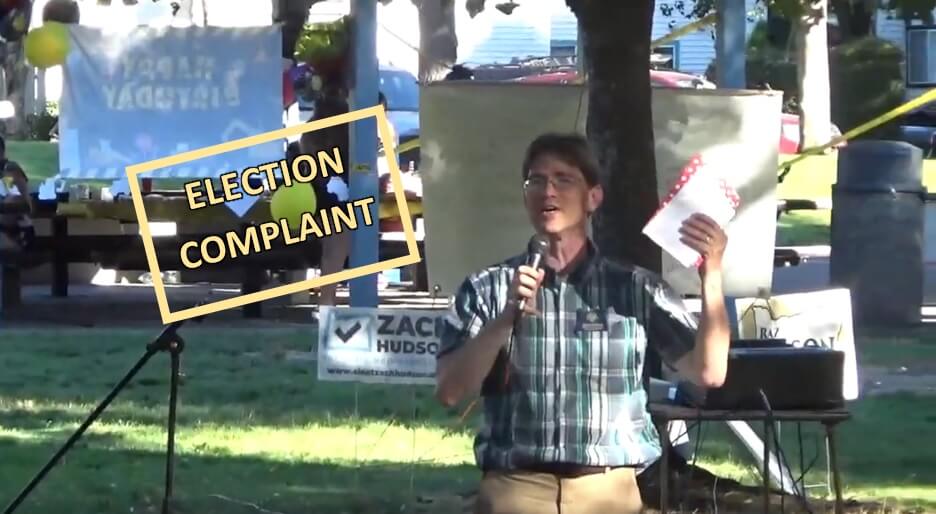 An election complaint has been filed with the Secretary of State over House #49 candidate Zach Hudson (Democratic Party, Working Families Party) by offering free $10 gift cards to potential voters as prizes during a campaign event.

The complaint reads “Per the 2022 Campaign Finance Manual, page 43-44, campaign activities that potentially involve “undue influence” and thus may violate election law (ORS 260.665) include giving something of value to a voter. Zach Hudson, candidate for House District 49, handed out out three $10 gift cards to Maggie Mae’s Bookstore to voters during a fundraiser at Red Sunset Park in Gresham on September 5th, 2022. During a trivia game, with other candidates present, Hudson handed out gift cards to those who answered the questions correctly. $10 is clearly above the “items of nominal value description” in the Oregon Secretary of State 2022 Campaign Finance Manual. Hudson appears to have violated ORS 260.665 by “giving something of value to a voter.”

Congressman Earl Blumeanuer was one of the recipients of the gifts and with Earl’s lifelong political service he should have raised a red flag over the incident.

Note: The election complaint has not been finalized with a judgement/review by the Secretary of State and everyone is innocent until proven guilty.