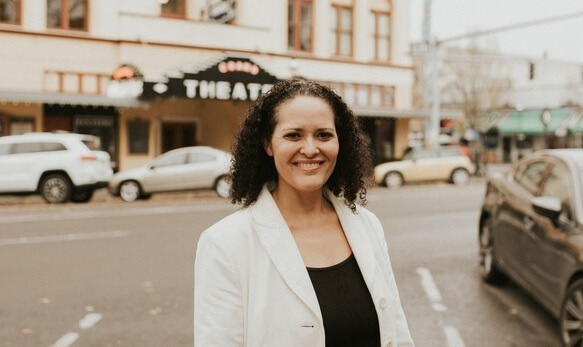 Her victory press release states,“My name is Angela Plowhead, and I was recently elected as Vice Chairwoman of the Oregon Republican Party.  … I started my career in the United States Air Force. Continuing my passion for service, I graduated from George Fox University with a Doctorate of Clinical Psychology so that I could serve veterans as a Psychologist in VA Medical Centers. I eventually opened my own small business right here in Oregon where I aid veterans and others who might otherwise not have access to care.Through my professional and advocacy work, I have gained extensive knowledge of the law and public policy. I work to improve excellence in parental rights in education, prevention of human trafficking, protection of 2A rights, medical freedom, election integrity, and so many other Oregonian values we are fighting to uphold in this year’s election. With only 5 weeks left until the midterm elections, we must unite and put all of our resources together to make sure we achieve our end goal: electing true conservative leaders in Oregon. “ 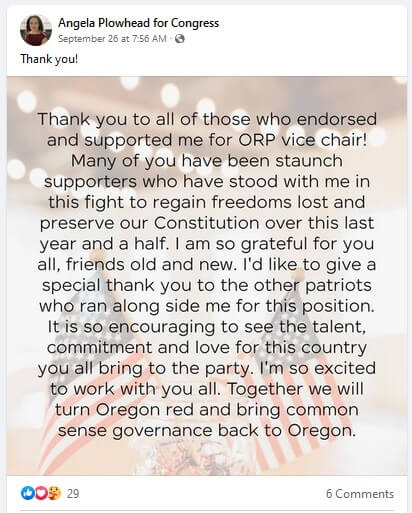