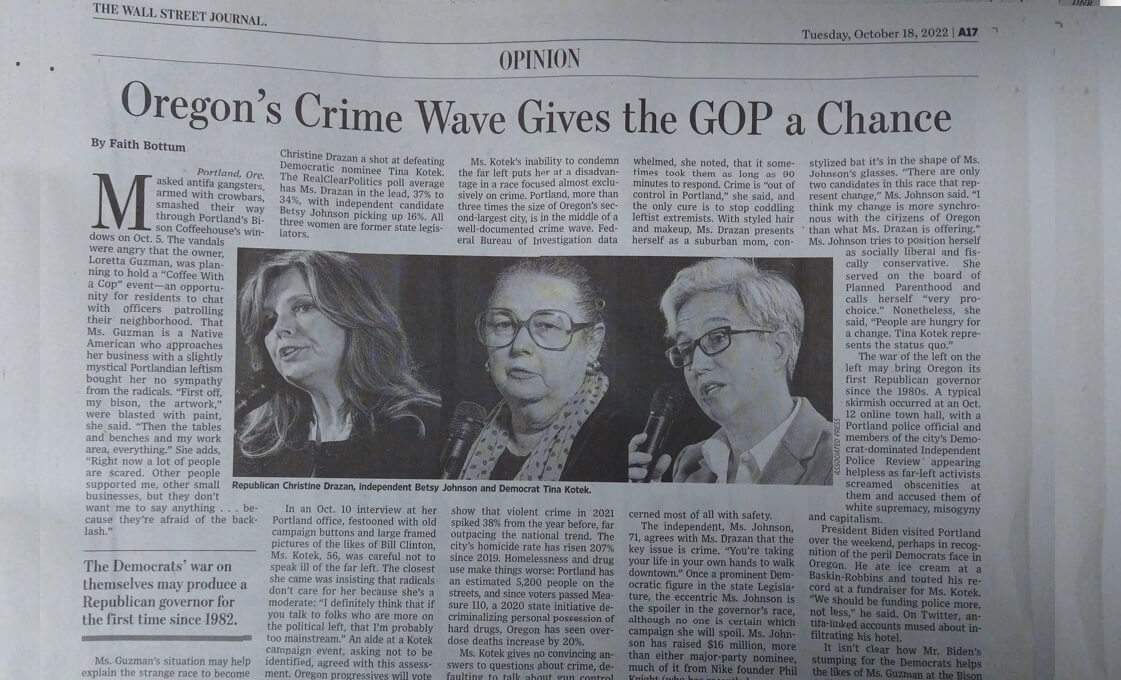 Here are some excerpts:

“Masked antifa gangsters, armed with crowbars, smashed their way through Portland’s Bison Coffeehouse’s windows on Oct. 5. The vandals were angry that the owner, Loretta Guzman, was planning to hold a “Coffee With a Cop” event—an opportunity for residents to chat with officers patrolling their neighborhood. That Ms. Guzman is a Native American who approaches her business with a slightly mystical Portlandian leftism bought her no sympathy from the radicals. “First off, my bison, the artwork,” were blasted with paint, she said. “Then the tables and benches and my work area, everything.” She adds, “Right now a lot of people are scared. Other people supported me, other small businesses, but they don’t want me to say anything . . . because they’re afraid of the backlash.”Ms. Guzman’s situation may help explain the strange race to become Oregon’s next governor. The Beaver State is reliably Democratic. It hasn’t voted for a Republican governor since 1982, or for president since 1984. In 2020, Joe Biden defeated Donald Trump here by 16 points. But now the left in Oregon is eating its own, giving Republican Christine Drazan a shot at defeating Democratic nominee Tina Kotek. The RealClearPolitics poll average has Ms. Drazan in the lead, 37% to 34%, with independent candidate Betsy Johnson picking up 16%.”

“Ms. Kotek, 56, was careful not to speak ill of the far left. The closest she came was insisting that radicals don’t care for her because she’s a moderate: “I definitely think that if you talk to folks who are more on the political left, that I’m probably too mainstream.” An aide at a Kotek campaign event, asking not to be identified, agreed with this assessment. Oregon progressives will vote for Ms. Kotek, he said, only because she would do the “least worse” as governor….Ms. Kotek’s inability to condemn the far left puts her at a disadvantage in a race focused almost exclusively on crime. Portland, more than three times the size of Oregon’s second-largest city, is in the middle of a well-documented crime wave.”

USA Today states, “Even die-hard Oregon liberals have gotten fed up with spiking crime, rampant homelessness and increased drug use.”.  Here is their headline: 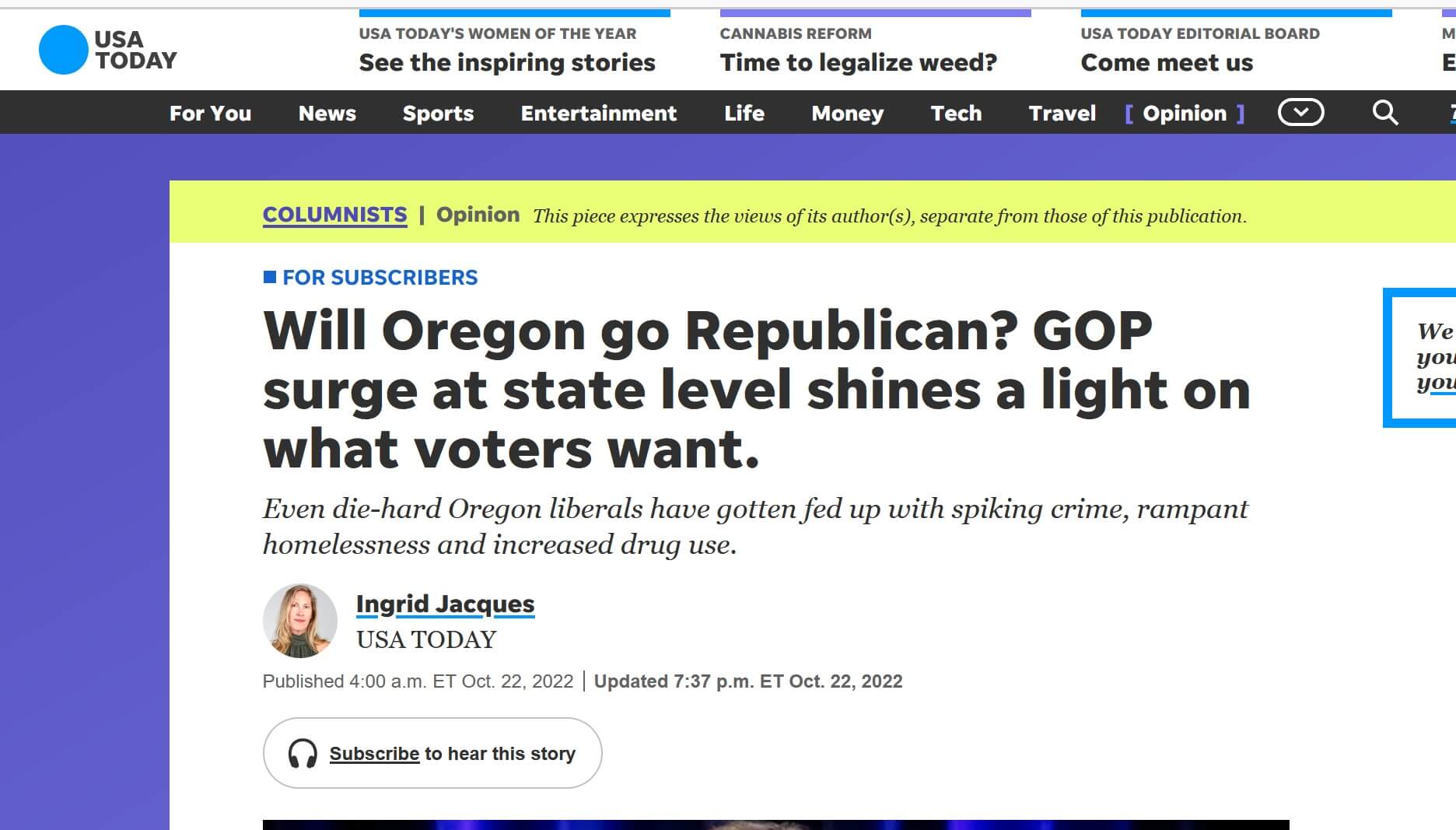