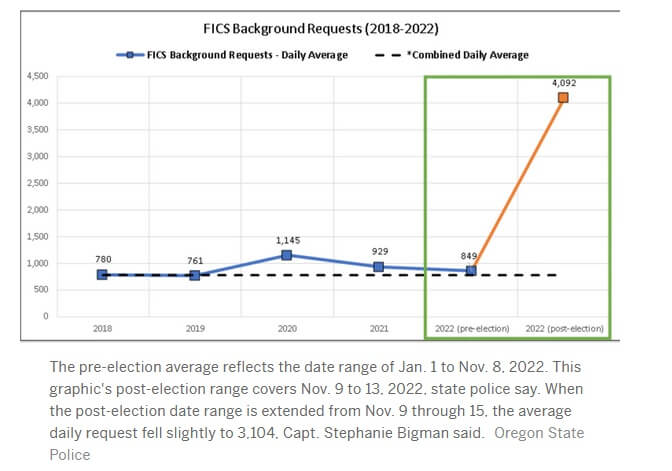 KGW-TV reporting, “Since Oregon voters passed Measure 114 last week, Lacasse said gun sales at his store have doubled, and across Oregon the number of people trying to buy a gun is soaring. Before Election Day Oregon State Police reported they were averaging around 850 background checks a day from people trying to buy a gun. That average is just over 4,000 thousand a day now; an exponential increase to an already backlogged system.“…Measure 114 does not take away the right to own a gun. It does ban new sales of high-capacity magazines that hold more than 10 rounds, but includes an exception for those who already own those magazines. “

Oregonian reports, “That has translated to an increased state police backlog in processing the requested background checks and customers waiting longer to walk out of a store with a firearm, according to state police and gun shop owners.”  Read more