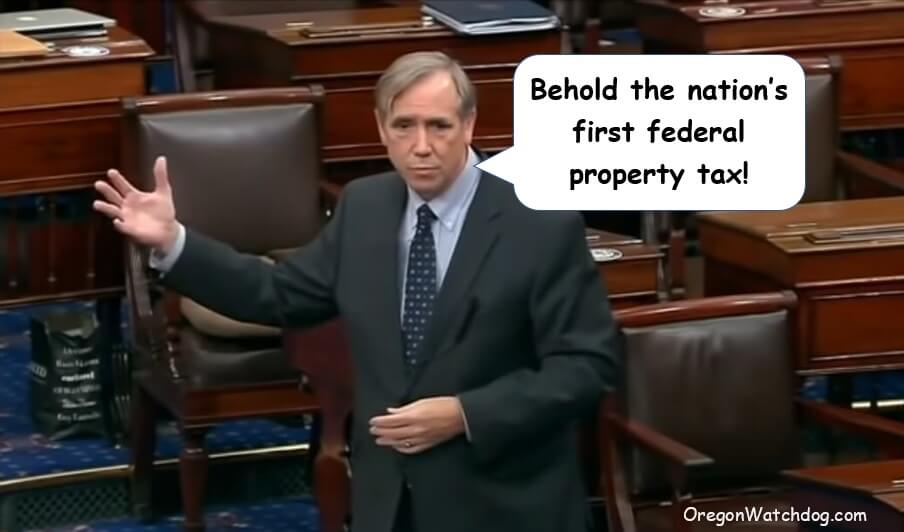 U.S. Senator Jeff Merkley has proposed a $20,000 tax on property owners who own more than 100 single-family homes. As you may know, housing has become so expensive in America that a major portion of home rental owners are investment firms. Instead of making home ownership more affordable and address the problem head-on, Senator Jeff Merkley wants to punish investors and make homes more expensive which will make the problem much worse.

The role of taxes is no small matter. Just weeks on General Election Day, politicians pushed voters to approve over 30 taxes totaling more than $1.2 billion in new property taxes.   How are people supposed to own a home with billions in new property taxes passed every major election?  The problem of home ownership is high taxes not more taxes.

Once the federal government enacts a federal property tax, you know what will happen. Once in place, the tax will slowly be raised in cost and lowered on those who qualify.