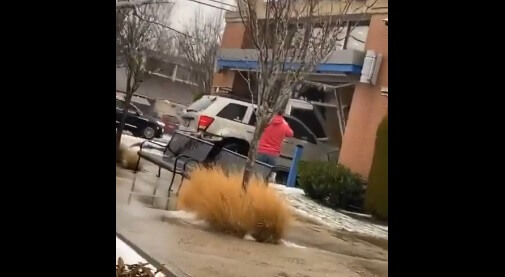 The always insightful and shocking WTF Portland delivers another cell=video.

We previously reported a few weeks ago.

KATU reports “Two men crashed a van into a Northeast Portland business Tuesday and stole its ATM, according to the Portland Police Bureau.It happened at 4:35 a.m. at the Fastrak Food Mart, located at 2431 N.E. Broadway St.The store’s security camera captured the van’s backend smashing through the store’s front barred windows. The two men dashed inside, cleared debris, and grabbed the ATM.”

The Oregonian reports, “Portland police arrested a trio of teenagers early Monday after police said they drove stolen cars into the front of three cannabis dispensaries, stole merchandise and careened through Southeast Portland while being tailed by a police airplane.” 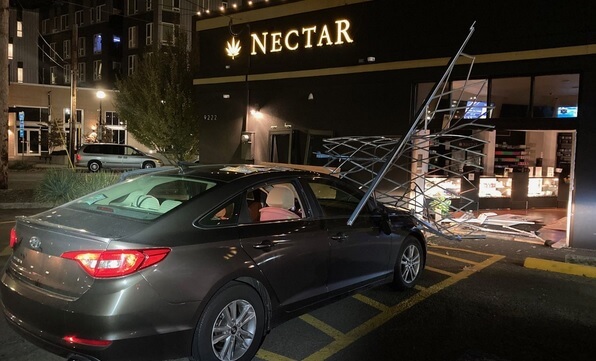 REI also got hit yesterday by thieves who used a car to get inside.

Portland’s @REI clothing store in the Pearl is the latest to be the victim of a car “smash & grab” attack. Robbers are using cars to smash into businesses to steal merchandise. Theft & robberies are at record levels following the 2020 BLM-Antifa riots. https://t.co/y54rQG0wsm pic.twitter.com/p5HRvF5zxa

These three store slamming car crashes should not be confused with other recent Portland news stories like this one where a thief escaped from stealing by accidentally running into a storefront as seen below. 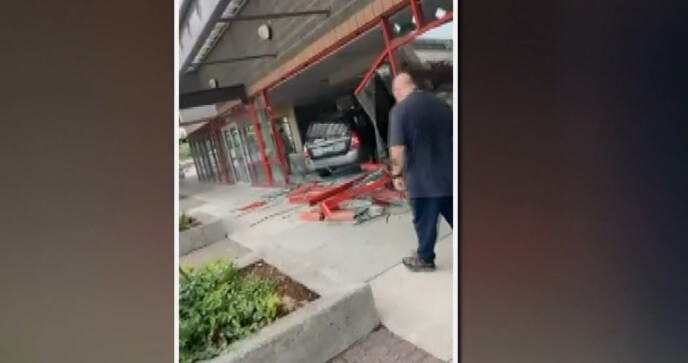