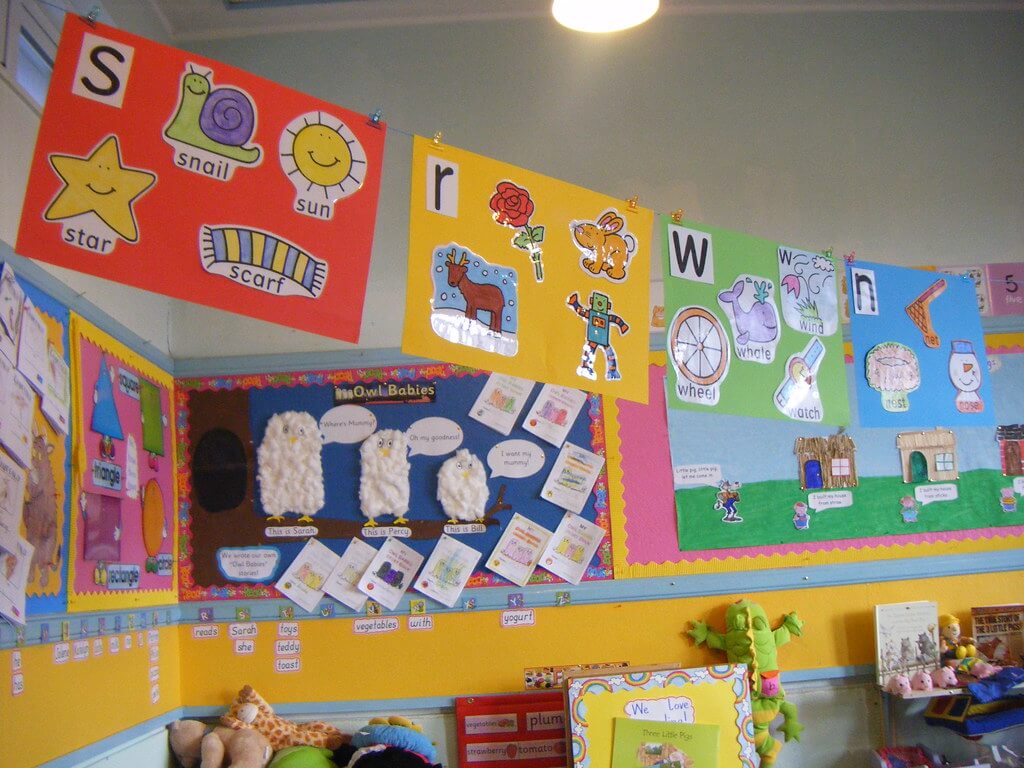 Reading aptitude in American schools has room for improvement. The decline in reading scores post-Covid is well reported, but the reading outcomes for American students before Covid were not that great, given what we spend on primary education. The most popular answer to the question of improving literacy tends to be spending more money on public schools. Yet, another solution for the gap between potential American literacy and actual reading outcomes has been percolating for decades now, and American public schools are quietly implementing reforms to how public school pupils are taught to read. To the Oregonian‘s credit, the Beaver State’s leading newspaper ran a piece about this on Christmas Day, but a lot more light should be shed on this issue of how reading is taught in American schools.

The relationship between education spending and student outcomes is less strong than commonly understood. This can be tracked by comparing data from U.S. states and by comparing the U.S. as a whole with other countries. The National Center for Education Statistics does a great job of providing this data. Merely searching for a correlation between expenditures and PISA (Program for International Student Assessment) scores reveals some positive relationship that is statistically significant using 2018 data among Organization for Economic Cooperation and Development (OECD) countries. However, only 18% of the variation in reading scores among 15-year-olds is explained by per-student expenditures.

Yet, this data also helps explain why expenditures per student are such a lousy predictor of student outcomes. The United States spent 33% more per student than the OECD average on education in 2018, but our reading scores for 15-year-olds that year were only 4% higher than the average. This implies diminishing marginal returns from higher expenditures. Indeed, the four countries that spent more than us (Luxembourg, Norway, Austria, and Iceland) all had lower test scores than we did.

What a mere comparison of expenditures and reading scores does not account for is the method by which reading was taught. For years, a growing body of literature in the cognitive sciences has shown that using phonics to teach reading delivers significantly better results. For three decades, many American public schools have rejected this approach. Last year, The Economist magazine reported on how the low-spending state of Mississippi has such a disproportionate success in teaching reading. It began teaching phonics:

Phonics, which involves sounding-out words syllable by syllable, is the best way to teach children to read. But in many classrooms, ff-on-ics is a dirty sound. Kymyona Burk, who implemented Mississippi’s statewide literacy programme, says that some teachers have had to sneak phonics teaching materials into the classroom, like some kind of samizdat. Teaching reading any other way is “malpractice”, says Ms Burk. And yet for reasons that include politics, partisanship and personal experience, most American children are taught to read in a way that study after study has found to be wrong.

Politics and Partisanship? It turns out the Republican Party has been on the right side of the reading wars. When I read that article last year, it made me think about how I first discovered this policy issue in 1998. In the summer before my senior year at Hillsdale College, I volunteered for Sharon Rao’s campaign against Kurt Schrader for Oregon’s 23rd House District. A regular part of her stump speech was a call for a return to teaching phonics. Oregon’s Republican gubernatorial candidate that year, Bill Sizemore, campaigned on the same issue. Two years later, phonics was the centerpiece of Texas Governor George W. Bush’s campaign for President.

Indeed, on the day that most defined Bush’s presidency, he was at a Florida grade school, in a low-income neighborhood, promoting his most passionate policy goal: Reading First. This was a federal program proposal that funded phonics programs and excluded the more fashionable “Whole Language” approach. Bush sat in on a phonics lesson and then read the class a children’s book titled The Pet Goat. While reading to these students, he was twice interrupted by his Chief of Staff Andrew Card as planes crashed into the World Trade Center. It’s too bad the Bush administration was ultimately defined by foreign policy rather than domestic policy.

While the Bush administration waged a war on terrorism, the education industrial complex in this country waged a war on phonics that has harmed a generation of students. Ignorant of the cognitive science, federal and state departments of education and teachers unions saw phonics as a conservative delusion. On the commercial side, the publishing house Heinemann lucratively sold books by the leading author and advocate for the Whole Language method, Lucy Calkins, a professor of education at Columbia University.

Eventually, that dynamic was shaken up by the pandemic where many parents have become more familiar with how their children are being taught. Parents listened to classroom instruction via Zoom, a level of access that they have not been given before. A growing number of parents noticed that schools actually don’t teach reading anymore. Instead, students are told to memorize words in the way that we might imagine Chinese students memorizing a nonphonetic writing system. There is no sounding out the letters. Instead, the order of the letters is memorized. Of course, only a limited number of words can be initially memorized by a kindergartener. Calkins’s curriculum has the students memorize additional words by attempting to discern the meaning. In the Whole Language lexicon, this is called “Three Cueing.” Students are taught to guess what the word means by the context and then ask these three questions to validate the answer: Does it make sense? Does it sound right? Does it look right?

Another recent trend has brought the limitations of Calkins’s reading curriculum to a head: the added focus on the life outcomes of minorities in the wake of George Floyd’s murder. Black students, like the ones President Bush read to on September 11, 2001, benefit tremendously from a phonics-centered curriculum as do most students. The problem is that, though Calkins’s curriculum leads to unnecessary literacy struggles in affluent schools too, affluent parents have the resources to provide tutoring — in phonics. By not teaching phonics to students, America’s public schools have been exacerbating the reading gap between well-served and underserved students. Phonics has still been taught in America all these years but only to the privileged.

You’d think the many progressives working in education policy and working as teachers would care about that. They do, but the epistemology of tribal logic is overpowering. If Bill Sizemore and George W. Bush are for phonics, it’s just too easy for the folks running Oregon’s public schools to assume the alternative must be better. Few were objectively focused on science. It’s just the way our brains are wired and bureaucracies function.

But in the past couple of years, the scientific evidence became too overwhelming, remote learning became too transparent, and social media became too connected for a fully discredited method of teaching reading to survive. Last May, the New York Times reported that due to the evidence in support of phonics, Lucy Calkins has made a major retreat and is incorporating it into her curriculum. In September, the New Yorker weighed in. In October, American Public Media education reporter Emily Hanford released a six-episode podcast on this, titled Sold a Story. And the center-left think tank The Brookings Institute has a nice summary of it all now too. The see-cat-run is out of the bag.

The Republican Party appears to be winning the reading wars. So, it would be a shame if this victory is only discussed in high-brow sources without coverage by more popular media outlets. Republicans could benefit from the added credibility on education issues. It will probably have more purchase with independent voters than gender or race, as the New York Times writes: “It may not inspire political campaign ads the way critical race theory does, but the debate over how to teach children to read — perhaps the foundational skill of all schooling — has been just as consuming for some parents, educators and policymakers.”

I recommend aspiring Oregon Republican candidates master this issue the way Sharon Rao, Bill Sizemore, and George W. Bush did. It’s a winner, now, though it took a couple decades to get there.