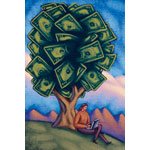 Douglas County Commissioner Doug Robertson spoke to the Lane County Rubicon Society on June 28th regarding the significance of returning O&C lands intended for timber production back to Oregonians, in order to restore critical revenue for rapidly decreasing county services. Over the last decade, the extremist agenda of most environmental groups has had negative effects financially for Oregon counties. Clearly, the pendulum has swung too far left. Balance is critical if we are to stabilize income for local communities and restore Oregon’s dignity by getting off of federal welfare.

The socioeconomic cost of these O&C lockups has resulted in increased crime rates as well. Communities all over Oregon continue to struggle with maintaining federal “payments to counties” to retain vital public safety services.

Because of the ever-increasing problem of repeat offenders and the overwhelming financial restraints placed on county budgets, Robertson suggests congress should take a look at the $70 million currently available in forestry reserve funds–and find a way to use those funds to restore local public safety services. After several rigorous discussions regarding O&C reserve spending, Robertson and the O&C association were successful in finding a legal solution to allow some of the reserve funds to be used for public safety services. “This solution is not a permanent fix”, Robertson says.

Robertson’s group combined efforts with the American Forest Resource Council, and intends on fighting back by using legal means to try and return O&C Lands to their original use. They argue the O&C Act should be entirely removed from the Northwest Forest Plan former President Clinton implemented which reduced timber harvesting dramatically throughout Oregon and other western states.

Robertson and the American Forest Resource Council have created a settlement plan which calls for regular reviews regarding the status of protected species. This plan also creates guidelines which would maintain protected areas. The goal is to be inclusive of all sides of the issue. This proposed plan would also incorporate the basic principles of the 1937 O&C Act, restoring critical funding immediately to financially strapped communities like Douglas and Lane Counties. Other Oregon counties such as Benton and Jackson have felt the financial impact of environmental lockups of their tax bases as well. As a result, they have endured the loss of many community services, such as public libraries, for lack of funding. Because of the harmful Impact to communities, the issue of balance and restoration of the critical O&C tax base for economic use should be a priority for all Oregon counties and voters who have been affected.

Gienie Assink of Springfield and Suzanne Penegor of Eugene are active Rubicon members. Rubicon Society of Lane County serves to educate the general public of the rich diversity of ideas with in our local community. Meetings held every Thursday at noon at Pearl Street Ice Cream Parlour located at 13th and Pearl in Eugene.