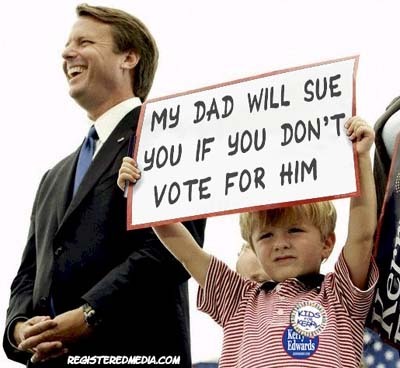 Many are surprised to see that Presidential Candidate John Edwards will be brought to Oregon by the Oregon Business Association on October 9th. Senator Hillary Clinton and Governor Bill Richardson are widely viewed as the more business friendly candidate of the Democratic Presidential candidates. In fact, Edwards is one of the few candidates on the campaign trail to come out and advocate for a massive tax increase on higher income wage earners and an “excess” tax for certain businesses. Even the Willamette Week found it bizarre.

This decision comes off the heels this summer of another controversial OBA decision when they hired retiring Sen. Ryan Deckert. Although Senator Deckert has great respect in the buidling and has voted more business friendly than many of his colleagues in the Majority, he still has a lot more anti-business votes than pro-business votes. Such decisions begin to tie the hands and typecast the OBA as a political opportunist organization rather a principled business interest group.

The best quote on the OBA comes from Senator Gary George’s office this year..

“The OBA wants to suspend the corporate kicker for one biennium, increase the corporate minimum tax, increase gasoline taxes, increase beer and wine taxes, and increase cigarette taxes. They want to do this at a time when the current revenue system is generating an increase of more than 20 percent above the last biennium”¦ The OBA supports open primaries, elimination of the double majority requirement for public spending decisions, spend more money on non-highway transportation infrastructure, and require that 25 percent of Oregon’s electricity come from “renewable energy.””