Oregon House Republicans have introduced HB 2011 to require state employees to pay 5% of their base salaries toward their health insurance costs.

For a sense of scale in the bill’s projected savings, an Oregon Education Association (OEA) mailing this week complained about policy bills that would shift $25 million away from classrooms, which “would do long-term damage to our students.” According to the Legislative Fiscal Office, the Republicans’ HB 2011 would save $69 million in General Fund dollars this biennium alone.  HB 2011 does not apply to Oregon teachers, who already contribute to their health insurance costs.

Throughout the 2011 session, House and Senate Republicans have proposed a number of reforms to bring rising personnel benefits and pension costs under control.  While these reforms have been rejected by legislative Democrats, Rep. Richardson says there’s still time to pass this measure and redirect the savings to critical services.

HealthCare Comparisons from the 2006 study: 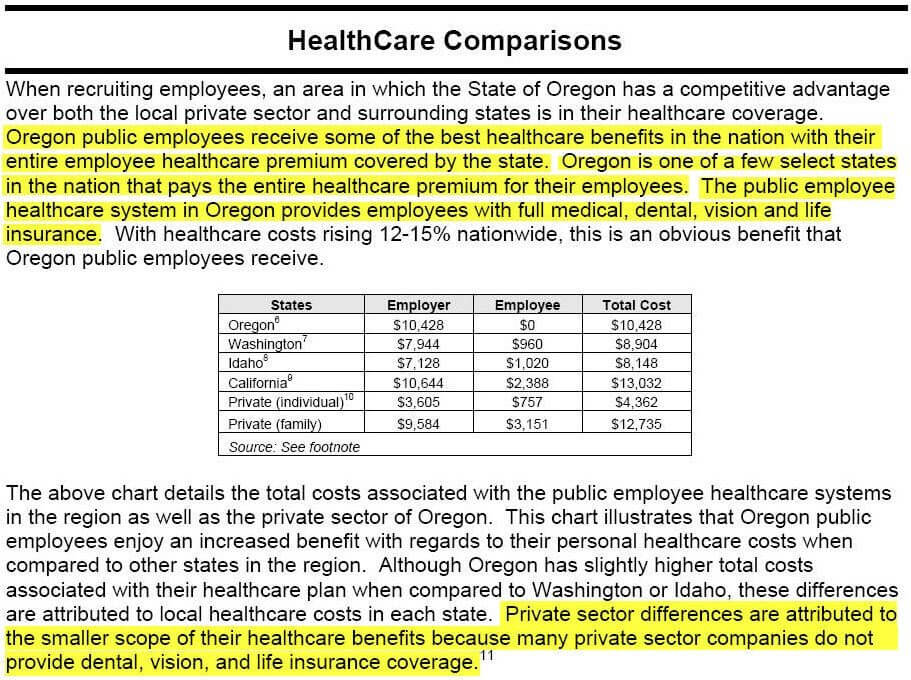