The unforeseen consequences of having the government picking winners

I call Hawaiian Airlines “forgotten” as a play on Yale sociologist William Graham Sumner’s term for the guy who ends up being forced to pay for public policy. In his 1918 essay The Forgotten Man, Sumner argued that politicians advance their careers seeking a “measure of relief for the evils which have caught public attention” whereby “As soon as A observes something which seems to him wrong, from which X is suffering, A talks it over with B, and A and B then propose to get a law passed to remedy the evil and help X. Their law always proposes to determine what C shall do for X.” Sumner identified person C as the forgotten man who pays for person A’s ambitions.

A decade ago, it was the ambition of many a politician to bail out the airlines, for which Hawaiian Airlines has paid enormously. As a follow up to my article last week, I would like to tell Hawaiian Airlines’ story as a local example of the unforeseen consequences of having either the federal or local government picking winners. In 2002, all airlines received federal aid, but the winners were the poorly managed firms that were on their way out of business long before the terrorist attacks on September 11th.

Small firms like Hawaiian Airlines with great potential to organically grow their business to fill the traveling public’s transportation needs in the wake of the liquidation of long troubled major carriers were instead crowded out. Of the billions in federal aid to the airlines, Hawaiian received only $6.7 million – far less than the money it lost from being forced to compete with zombie airlines that desperately increased their routes to Hawaii. With United’s larger subsidies, a court granted right to stop paying its bills, and the ability to rewrite its labor contracts, it forced Hawaiian into bankruptcy too. 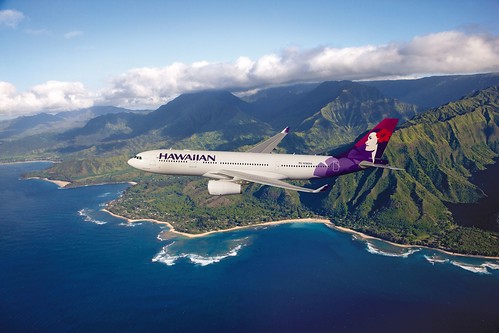 It did not have to be this way; by preventing poorly managed airlines from failing, the bailout rewarded failure and punished success. Since 1929 Hawaiian Airlines has been a remarkable success. Its business model has focused on quality like no other carrier. Year after year it has been ranked #1 for on-time service, still serves complimentary meals in coach class, and is the only domestic carrier that still actually serves freshly cooked meals to its first class passengers while the competition now merely replates frozen entrees from a food factory. Like American Airlines, Hawaiian did not belong in bankruptcy court but got dragged down to that level by government policy.

Then there are the subsidies that larger carriers get at the local level that small business like Hawaiian Airlines have to compete with. Hawaiian’s greatest potential is to provide a more reliable and comfortable gateway for the west coast to East Asia. This is particularly important for Portland which lacks the kind of economic scale that can support the international capacity of an airport like LAX. In an attempt to plan Portland’s transportation needs, the Port of Portland has paid Delta Airlines more than $3.5 million to maintain its direct flight to Narita, Japan.

The Port of Portland’s generous subsidy to Delta is a revealing case study of the kind of mediocrity that such policies promote. Delta’s Narita flight was a legacy of its acquisition of Northwest Airlines. Connecting the Pacific Northwest to Asia with comfortably nice and new aircraft was central to Northwest’s strategy. Shortly after a deal was reached to pad its pockets with subsidies, Delta assigned the fancy new A330s we had been enjoying to more competitive markets, sticking us with some ancient B767s, probably the oldest ones in its fleet that can legally fly. These old planes frequently cancel and delay for want of spare parts, with broken tray tables and malfunctioning old movie screens apparently deemed acceptable by Delta for a subsidized service.

After Paul Taylor, Chairman of the Japan-America Society of Oregon, complained to Delta for the sudden drop in the quality of its service, a Delta spokesperson responded: “We’re doing everything we can to preserve service amid the worst economic environment for the airline industry in decades.” What that Delta representative didn’t say and of course couldn’t ever say was that Asian economies have been doing quite well enough to support business travel between our two continents and everything Delta can with do with subsidies Hawaiian can do better at no cost to the Oregon taxpayer.

While the Port of Portland was out trying to pick a winner to connect PDX with Asia so that our poor businessmen never have to make a connecting flight, they never took Hawaiian Airlines’ capabilities into consideration. The unknown airline can connect Portland travelers to Tokyo so that they don’t have to wake up at 4AM traveling all the way down to LA out of their way to catch their international flight. Hawaiian Airlines flight 25 leaves Portland at 10:15 AM 7 days a week, all year long. With a brief stop along the way at their Honolulu hub, Hawaiian Airlines will then put you on a brand new state-of-the art A330 with better food, more legroom, tray tables that work, and separate digiplayers for each passenger. Hawaiian Airlines’ planes leave on time and require no subsidy. 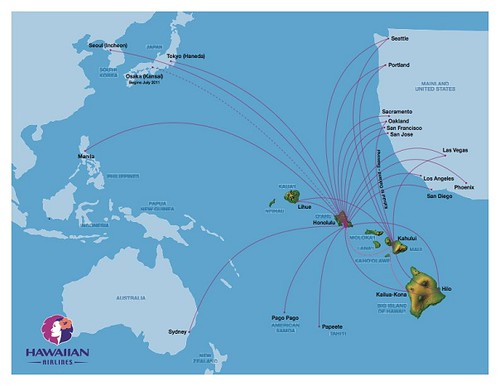 Hawaiian Airlines is well positioned to connect the west coast with Asia in a more reliable way and with better inflight services than any of its rivals can match. It’s now in the process of growing this business in a big way, buying more A330s and adding new routs. It will open its first east coast route on June 4th connecting New York’s JFK to its expanding network. With a 30% market share of US traffic to Hawaii, it will be interesting to see how it leverages its new domestic routes to grow its international business. Hawaiian’s strategic goals have been crowded out time and time again by government subsidies both federal and local to the politically connected major carriers. If we did not have these interventions into this market, the quality that Hawaiian Airlines delivers would be the norm rather than the exception.