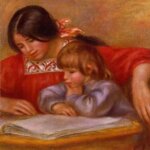 “Guess what? His wife has actually never worked a day in her life. She’s never really dealt with the kinds of economic issues that a majority of the women in this country are facing, in terms of how do we feed our kids, how do we send them to school?”

Romney responded via Twitter: “I made a choice to stay home and raise five boys. Believe me, it was hard work.” On a FOX News interview, she elaborated: “My career choice was to be a mother, and I think all of us need to know we need to respect choices women make.”

The overwhelming political, media, and public responses to this incident involved women and men reiterating that women have the right to make their own choices about career and family, raising children is a vital endeavor, women running households are on the frontlines of the economy, and motherhood can be the hardest job in the world.

Of course, all these statements are true. However, focusing on relative definitions of “hard” misrepresents the value of motherhood and misses the fundamental point of what all mothers do and are. In fact, the utilitarian value system represented by words like “hard,” or to equate a meaningful investment of one’s life and energy with paid work, is one of the greatest fallacies of modernity.

Work―of any sort―does not have relatively greater value because it is “harder” or because it earns money. Work derives its value from the dignity of the human person who performs it. It is an extension of one’s personality and a manifestation of human creative power. Work derives its meaning from human beings, not the other way around. Sometimes work is performed for pay. Sometimes it is given as a gift of love.

Motherhood, and mothers foregoing careers or making other sacrifices to raise children, should not be respected and appreciated because raising children is “the hardest job a woman can do.” Mothers must be respected and appreciated because who they are and what they give their families is intrinsically of great worth―in more ways than the dollar value (which for stay-at-home mothers is considerable) or the difficulty of the tasks they perform.

A mother brings a child into the world. She creates a new “world” (the home) for that child to inhabit. She is primarily responsible for the child’s first and deepest experiences of love, the quality of life in this miniature world, how the child discovers the world beyond, and the child’s development from tiny human being to mature adult. Motherhood isn’t a “tough job” so much as it is a total and loving act of recreating the universe for another human person. Motherhood is a gift of self.

Oscar Wilde famously defined a cynic as one “who knows the price of everything and the value of nothing.” A culture that assigns worth to lives based on individuals’ public roles, especially in the workplace, equates people’s personal “value” with their economic value―that is, with producing goods or services in the marketplace and how “hard” they are working to do it. This is likely because money is an age-old determinant of purchasing ability, and hence, of worldly power.

Because market economics has played a dominant role in shaping modern society, what people do as a profession often earns more subjective respect than what people do unpaid for family, friends, community, and strangers in need. But despite market price comparisons for many of the tasks mothers perform at home, mothers who do not work for pay bring a kind of wealth to the family and to the wider world for which an equivalent monetary price never could be determined. No price can be placed on a gift of self.

Women who desire―and are able―to devote themselves primarily to raising their children endow the tasks they perform on behalf of their families with a depth of meaning beyond any comparative monetary price or secular job description. British commentator G.K. Chesterton mused about this in his book What’s Wrong with the World:

“I can understand how [raising children] might exhaust the mind, but I cannot imagine how it could narrow it. How can it be a large career to tell other people’s children about the Rule of Three, and a small career to tell one’s own children about the universe? How can it be broad to be the same thing to everyone, and narrow to be everything to someone? No; a [mother’s] function is laborious, but because it is gigantic, not because it is minute.”

Utilitarian value arguments tend to lose sight of the fundamental truth that human beings are valuable for their own sakes, not for what they produce in the economy or for the equivalent monetary value of their activities. Whether a mother works for pay or not, the value of her life and her children’s lives cannot be measured in economic terms. Regardless of the path a woman chooses, her dignity is always in herself and in her gift of self to others, not in society’s assessments of her labor. Likewise, a mother raising children is worthy of reverence, not because motherhood is hard, but because it is great.