Two weeks ago my wife and I were in Medford on our way back from a vacation in Arizona. We stopped for the evening, made a few phone calls, and went out for dinner at a popular 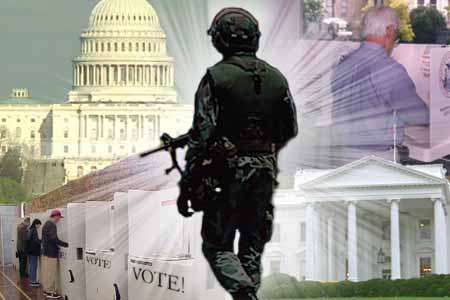 Italian restaurant chain. The restaurant was fairly full and we were in a hurry so we chose to eat at the bar. We had just ordered when we noticed a young man at the other end of the bar who was noticeably uncomfortable and sitting by himself. He was talking to the bartender, a young man about his age, and would periodically get up, pace around, go into the restaurant, come back, talk on his cell phone, and sit back down for another drink of beer.

As my wife and I travel, we often entertain ourselves by inventing stories about people we observe in public places. We concluded that this young man was obviously waiting for his date, probably a blind date, and he was getting a little “liquid courage” to help him on his way.

Soon he disappeared into the restaurant and as the bartender came by again, we asked him whether our concocted story was accurate. Not even close. The bartender told us that the young man was a Marine returning from his second tour in Iraq and was shipping out to his new assignment the following week. We chatted further with the bartender about the courage and dedication of those who volunteer to stand in harm’s way so that we may be free. The bartender put it succinctly, “They fight so we don’t have to.”

We were just finishing our meal and the young man returned to the bar and ordered a drink. I asked the bartender if we could pay, and we struck up a brief conversation with this young Marine. We told him that he was our personal hero and that we wanted him to know how much we appreciated his courage and his service. He was obviously flustered but gracious just the same. He told us his next assignment was more desert training in Twenty Nine Palms and that he was still considering whether to make the Marines a career. We shook hands, thanked him again, and went on our way, privileged to live free in America-privileged to be protected by this young Marine.

Four nights later, we attended the wedding of our friends’ daughter. At the reception we were seated next to another couple who have been our friends since our kids were in the same grade school. Their son is a pilot, and they told us he had just returned that past week from over two years of service in Iraq and Afghanistan. During those two years we have shared that mother’s anxiety for the safety of her son. For her, an understandable mixture of pride and fear weighed heavily as her son too stood in harm’s way for our freedom. She has anxiously awaited this day when her son finally came home for good, safe and proud to have served. Thank you, Michael.

And the talk naturally turned to how complacent we have become five short years after the destruction of the Twin Towers and the attack on the Pentagon. About how our lives continue apace and seemingly without recognition of the hardship and the sacrifice of our young men and women who serve. It seems to fall to the parents and families of those who serve to bear the brunt of these sacrifices. And that is a terrible testament to our lack of appreciation, support and resolve.

It should remind us every day that we are free only because young men and women volunteer to serve. Our freedom was won in the American Revolution and preserved through the Civil War and two World Wars by the courage of a soldier. Our freedoms may be discussed and debated at length by university professors, lawyers and the ACLU, but not a one of them, in those roles, won or preserved those freedoms. It is the courage of our young men and women in uniform to whom we owe all of our freedoms.

And now, this Tuesday is Election Day. At the very least, in honor of the courage and sacrifice of those who protect us, you should exercise the most precious freedom that they preserve for us-the right to vote.