“We just can’t allow people to be victimized” Knopp states. “I believe it is in the legislature’s ability to send a clear message, a strong message, that we don’t want you here, you can’t do this to our kids, to our young women, to our boys. This needs to stop!”

A Central Oregon resident, Nita Belles is currently working with Senator Knopp on SB 786 to make sure that the bill properly enhances the laws on the books to combat human trafficking. Nita is the Central Oregon Regional Director for Oregonians Against Trafficking Humans (OATH), which is an extension of the Oregon Human Trafficking Task Force. She is the author of In Our Backyard which documents human trafficking in the United States and has been worked in the anti-trafficking movement for seven years. 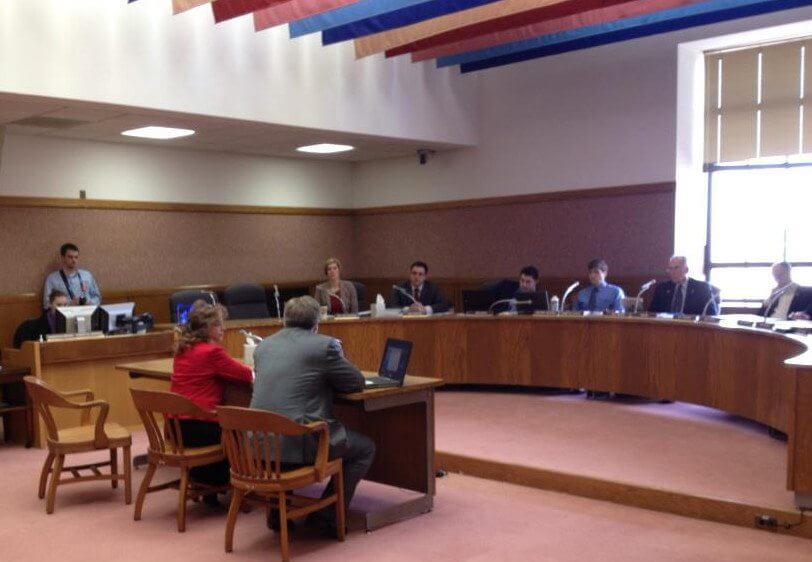 “In working with law enforcement across our state I have heard their frustration.” Nita Belles continues, “The discouragement that they do not have strong enough laws to be able to effectively fight the crime of human trafficking in their jurisdiction. This is happening not only in our big cities but in Central Oregon, in small towns, Prineville, Madras, Sunriver, Bend, Redmond, Black Butte and many others.”

In our communities we often feel safe and insulated from “big city” issues.  We are caught off guard and unaware.  One of these “big city” issues that has arrived on our doorstep in Oregon is sex trafficking.  Child sex trafficking is an even more horrifying problem with Portland being a major hub in this multi-million dollar industry, sandwiched between Seattle and LA, significantly impacting the I-5 corridor.

This week in Judiciary we heard HB 2019 which is designed to strengthen laws against child sex trafficking.  It will provide minor victims of trafficking crimes greater protection and create tougher penalties to people who buy children for sex as well as the criminals who sell them.

Child sex trafficking has turned into a $9.8 billion dollar industry, affecting more than 100,000 children in our country.  The average age of these kids is 13.  In addition to HB 2019, there are other pieces of legislation put forth this session (SB 673, SB 789) that are similar, focused on goals of closing legal loopholes that earned Oregon a “D” grade from Shared Hope International, an organization dedicated to eradicating this activity.

We heard testimony from girls from Oregon and Washington.  We heard from law enforcement.  This is an ugly business.

“I am the youngest of 5 children.  I grew up in a small town and enjoyed playing sports, going to school.  I began going to college while I was in high school and had really good grades.  I wish I knew back then, what I know today.

The first time I met Nick was in 2010, I was a senior in high school, he came into the café where I waitressed at…He was really flirty and had soft eyes; he came off very genuine and kind.  He wanted to see me again.  I wanted to talk to him more too; we had just about every single thing in common.  It was like Nick understood me better than anyone.

Three weeks later, just before I was going to leave for Arizona for a “Christmas vacation” with Nick…I found out Nick is a human sex trafficker.  Nick was taking me to Arizona, not for a vacation, but to sell me to another trafficker.  The reason I thought Nick and I had everything in common…because Nick’s group stalked me for about a year before he ever met me.  He was able to make me think that we were meant to meet each other.”

With the expansion of on-line activity, it is very easy for criminals to obtain critical and personal information that helps them find, approach, and manipulate young teens.  There is big money in this industry that is very motivating to those who wish to exploit the vulnerable. It is difficult for law enforcement to break into, with so much occurring on-line.  Intimidation, secrecy, resources, all contribute to the complexity of stopping these crimes.   I am hopeful that we can take more steps this session to shut down these activities.  But it’s a tough road for these kids, one that will need more than tough laws, but people who will shelter and protect.

These issues concern me deeply.  I will continue to support legislation that protects the young and the most vulnerable among us.