SALEM, OR—On a party-line vote, Democrats passed a bill out of the Ways and Means Committee this morning that fails to fix Oregon’s Public Employees Retirement System (PERS).

Rep. Dennis Richardson (R-Central Point) made a motion to adopt a series of amendments to Senate Bill 822 that would allow Oregon to fully fund schools. The amendments would eliminate PERS windfalls for non-Oregon residents, along with the practice of “spiking” recipients’ final average salaries. They also would enable local school districts, cities and counties to negotiate the six percent PERS pickup during the collective bargaining process.

The motion to adopt those amendments failed. Rep. Tim Freeman (R-Roseburg) decried the partisan process used to advance SB 822 as being “incredibly fast.” Freeman pointed out that no hearings were held on PERS reform bills in the Democrat-controlled House. He added that no room was given for negotiation and no collaboration took place, and described as “quite unsettling” that the current form of SB 822 is being referred to as PERS reform.

After being questioned by Freeman about the issue, Ways and Means co-chair, Rep. Peter Buckley (D-Ashland), acknowledged that no hearings on other PERS bills ever took place.

“Backroom deals by one party do not serve Oregonians,” McLane said. “Oregonians deserve better than this approach, which simply kicks the can down the road, leaves future generations with growing and unsustainable debt obligations and deprives communities of the services that they want and the schools that our kids need.” 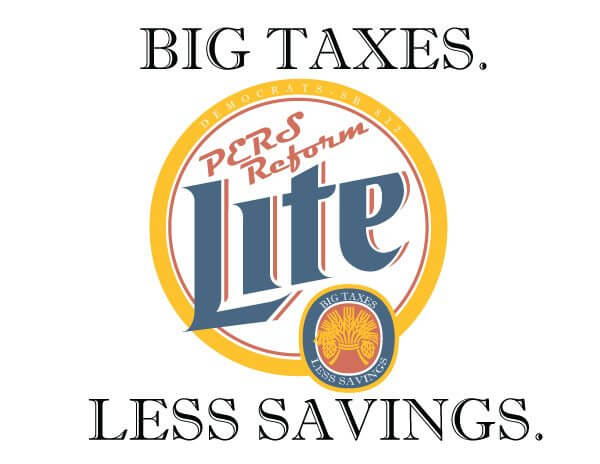