There’s a lot of turnover taking place in the Oregon House. Rep. Chris Harker (D-Beaverton) and Rep. Vicki Berger (R-Salem) were two of the latest to announce that they were not planning to run for re-election to the Oregon House in 2014.

Some state representatives are not going to be running for re-election to the Oregon House because they are running for other political offices, like Republicans Kevin Cameron, Jason Conger, Tim Freeman and Dennis Richardson, or Democrats Jules Bailey and Sara Gelser.

Others are just taking a break without announcing a run for other political office, like Republicans Vicki Berger and Bruce Hanna, or Democrat Chris Harker. 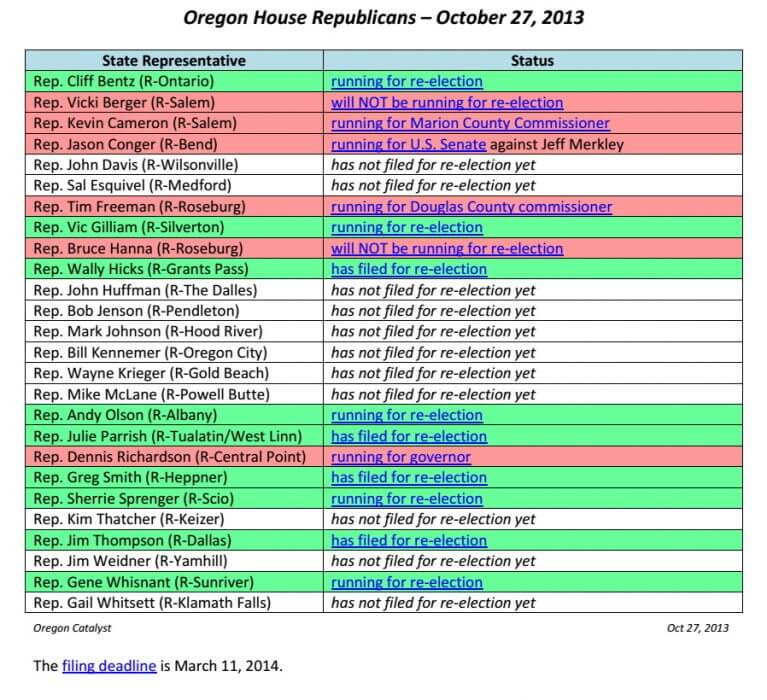 For a PDF version of the above information, with functioning hyperlinks, please click here.