As we reported on Wednesday, the man who shot Gabby Giffords in 2011 purchased the gun legally after passing a background check, and so Mark Kelly’s reason for testifying yesterday was more about his support of gun control in general than any relevance to the Oregon bill. In fact, Kelly acknowledged yesterday that the man who had shot his wife had passed a background check.

Kelly testified as part of a panel along with Oregon Gov. John Kitzhaber and Donna Henderson, an Assistant Chief of Investigations at the Portland Police Bureau. 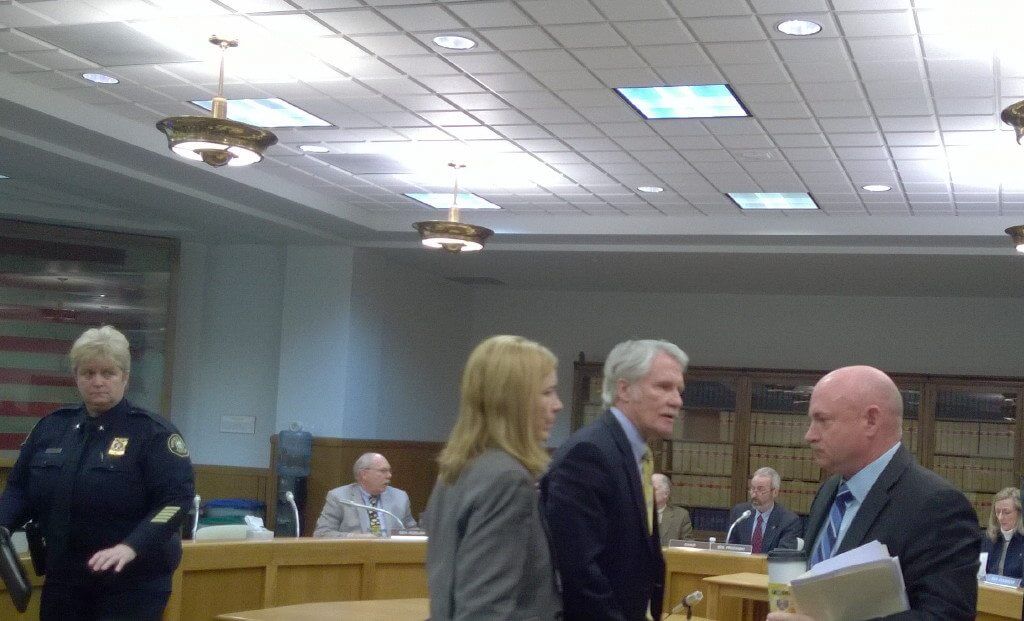 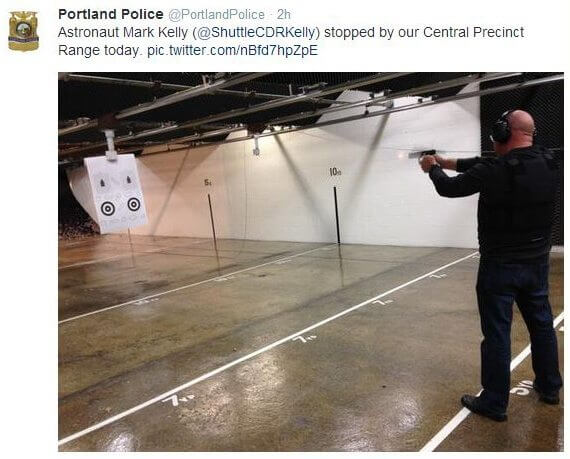 It’s not the first time that Mark Kelly has participated in gun activities right after testifying in favor of gun control. Last March, Kelly purchased an AR-15 “assault rifle” and a .45 cal handgun the day after testifying before the Colorado State Senate in support of “universal background checks.”

It’s also not the first time that Mark Kelly has been photographed shooting. Last April, Kelly was filmed by CNN shooting his wife’s Glock 9mm handgun – the same type of handgun that was used in his wife’s shooting. 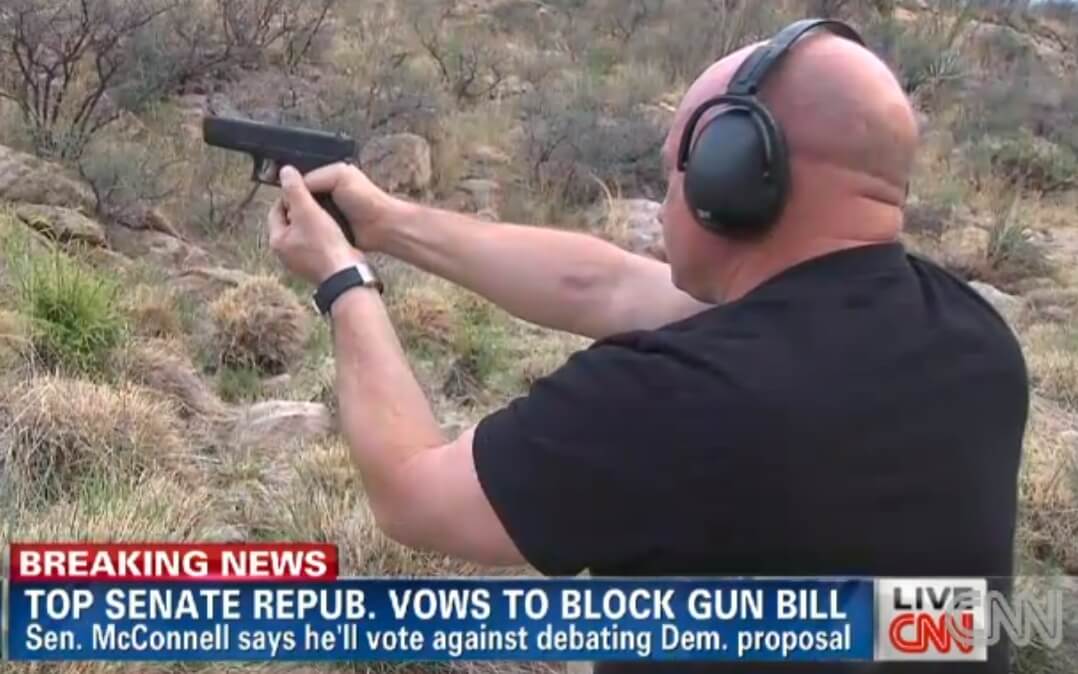 Mark Kelly on CNN in 2013 with his wife’s Glock 9mm, the same kind of gun his wife was shot with

UPDATE: The Portland Police Bureau removed the tweet of Mark Kelly shooting at their Central Precinct Range – sometime during the day on Friday, 2/7/2014. The “went shooting” link in the above article has been updated to show a screen shot of the tweet on http://twitter.com/PortlandPolice before it was removed.

UPDATE: Even the website for Americans for Responsible Solutions, the gun control group led by former Rep. Gabby Giffords (D-Ariz.) and her husband Mark Kelly, mentions Mark Kelly’s visit to the Portland Police Department indoor firing range after testifying at the Oregon Legislature.