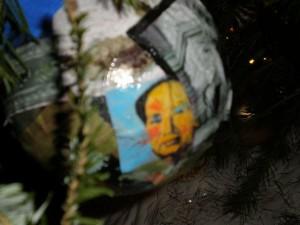 For NEws Reports, “Critics of President Obama are setting their sights this week on the official White House Christmas tree, which features controversial ornaments including an orb depicting the late Chinese dictator, another that shows drag queen Hedda Lettuce, and yet another that shows a picture of Mount Rushmore — with Obama’s head pasted to the side of Washington, Lincoln, Jefferson and Roosevelt’s.”

Well, the President seems to have sense of humor