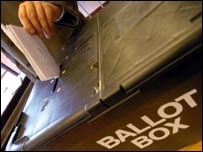 This is the last in a series of campaign season vignettes – I promise. I’ll quit being surly and get on with more important issues in the weeks ahead. But for now, I just can’t let some of these things pass without taking a poke at them.

At long last, Tuesday is Election Day. Well, not exactly. Because of Oregon’s vote by mail system, Election Day is really about twenty days long. It is the single most obnoxious twenty days in the biennial calendar. Not only do Oregonians have to endure attack ads for a longer period of time, because the politicians never know when you are going to actually cast your ballot, but Oregonians are subjected to a mounting pile of direct mail carnage as the final date approaches. You see the candidates, parties, public employees unions and ballot measure supporters and opponents track who has cast their votes. They get the information from the election officials and it is updated every twenty-four hours. Once you have voted, your name comes off the address lists for direct mail. The longer you wait to vote, the more junk you get in the mail.

Jim Moore, a professor of political science at Pacific College in Forest Grove was on the radio the other day defending Oregon’s vote by mail system as the best system in America to deter fraud. Like most academics, Moore apparently believes that the law is applied as written and, therefore, because there are no documented cases of fraud, fraud does not – cannot – exist in Oregon’s vote by mail process. And like many academics, Moore is simply wrong.

First, the law is not applied as written. Oregon law requires voters, either at the time of registration, or some time before the vote, to display picture identification to complete the registration process. However, Secretary of State, Bill Bradbury (D) has instructed election officials to count the ballots of those who failed to produce picture identification anyway. Last election that number exceeded twenty thousand voters.

Second, the reason there are no documented cases of fraud is not because it didn’t occur, it’s because no records were kept after the election as to who did and did not produce picture identification. There is no way that anyone could determine whether any particular voter had complied with the law or not. Short of surveying every single voter for a new determination, any fraud would go undetected. Now think about that. If the Secretary of State and local election officials fail to follow the requirements of law and then fail to keep any record of the requirements of that law, what kind of signal does that send to those willing to perpetrate a fraud on Oregon’s election system. It’s basically amnesty for voter fraud.

The Most Obnoxious Ad Of The Season

I’ve waited as long as I could before nominating the “Most Obnoxious Ad of the Season” because the last weeks of the campaign usually bring out the worst. My nomination is the one by the teachers union endorsing Ted Kulongoski as the “education governor.” Here’s what the education governor has obtained for Oregon in his first term:

Â· The fourth worst student teacher ratio in the nation.
Â· The second highest elementary classroom size in the nation.
Â· A “D” for efforts to improve teacher quality from Education Week.
Â· An “F” for college affordability from the National Report Card on Higher Education
Â· A “C-” for preparing students for college from the same National Report Card on Higher Education

As The Oregonian opined on last Sunday on the teachers union’s $500,000 media blitz:

“The union’s ad blitz is meant to push Kulongoski over the top in the last days of his race against Republican Ron Saxton. But it ought to make Oregonians think about what they want in an “education governor,” and whether it’s the same thing the union wants.”

What the union wants is for the governor to resist further reforms to Oregon’s bloated Public Employees Retirement System which continues to threaten the economic stability of all levels of Oregon government and, more importantly, siphons money away from hiring more teachers, buying more books, and funding more education programs. And Kulongoski has delivered by declaring that he would veto any further attempts to reform the PERS mess. There’s your education governor – I’m sorry, I meant to say, there’s your education union governor.