Senate Bill 324 is the “scandal bill” because it is at the center of the Kitzhaber Cylvia Hayes scandal where the Governor’s first lady was paid $118,000 to promote the low carbon fuel program unlawfully as a public employee representative and did not report the income on her taxes.  This is why SB 324 has been fast tracked through the process and rushing through the public hearing process. 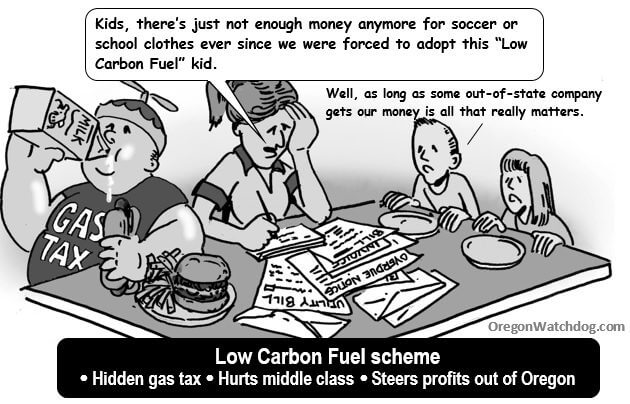