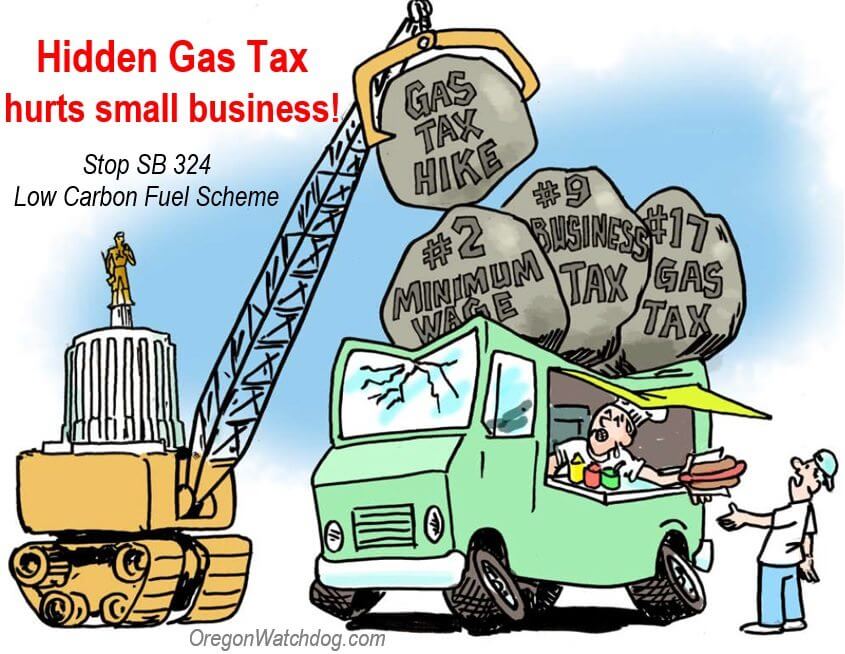 As SB 324 is up for a House hearing, it is good to remind everyone that the hidden gas tax (Low Carbon Fuel Scheme) bill hurts Oregon small businesses as well as taxpayers. As the Low Carbon Fuel Scheme cartoon shows, adding a hidden gas tax to a state with the 17th highest gas tax already is a major hit to small businesses.  Small businesses already struggle with the nation’s second highest state minimum wage and a business tax burden in the top ten. House members should vote NO on SB 324.