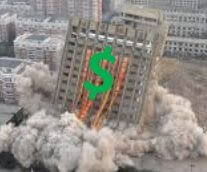 SB 927: Metro’s plan for a taxpayer subsidized Hyatt Hotel. Is this the new Cover Oregon?
By Taxpayer Association of Oregon
OregonWatchdog.com

The fact that government wishes to involve itself in building a convention center hotel are already showing signs of being the next Cover Oregon boondoggle. The Senate passed Senate Bill 927 (see vote below) which helps Metro build a Hyatt Regency hotel with $60 million in revenue bonds (from lodging taxes) and subsidized with $18 million in lottery funds and other public support (loans, grants). They wish to add taxpayer dollars to prop up a convention center that failed to meet forecasts. At one point, as much as $10 million a year was lost on the Oregon Convention Center by the city. Throughout the process the hotel has been criticized by many voices including an outside Metro consultant Piper Jeffray. When Portland helped use government resources to help build the Nines hotel.  This luxury hotel cut rates and damaged other downtown hotels who were not receiving government help. The problem of the Nines hotel making good on their promises and payments was a problem for many years.

Other convention centers with heavy taxpayer support, like Washington D.C. and St. Louis centers, are operating at a loss. The Philadelphia convention center spent $700 million of taxpayer financed upgrades and is suffering missed projections, setbacks and upset customers. With a record of failing government backed hotels, arenas and convention centers, sometimes high these priced boondoggles are launched based primarily on a politician’s promise. Such promise was made by Metro Council President Tom Hughes claimed that he would build the Hyatt hotel because “We can find no example of a Hyatt failing. So the question—’What if it fails?’—it would be the first example of a Hyatt failing in the United States.” That promise was quickly countered within hours by critics who mentioned that the Cleveland Hyatt, Jacksonville Regent Hyatt and Hyatt Regency Chesapeake Bay all faced problems paying their mortgages or are in danger of defaulting.