The pro-life supporters gathered respectfully and peacefully on all four corners around the front of Planned Parenthood to avoid blocking traffic. The Beaverton Valley Times referred to the rally as a “peaceful protest” and The Oregonian reported that Beaverton was chosen over Portland in part because Beaverton had a “quick turnaround for a permit.”

The Valley Times listed the speakers at the rally as including: “Oregon Right to Life Executive Director Gayle Atteberry; author Cindy Brunk (“Love Will”); State Rep. Bill Post (R-Keizer); Patti Williamson, a speaker for SaveOne; and former Benson High teacher Bill Diss (he was fired after not allowing Planned Parenthood representatives to speak to his class).” Lisa Stiller from Democrats for Life of America also spoke.

The Women Betrayed website described the recent video exposés that inspired the rallies: “On July 14th and July 21st, the Center for Medical Progress released undercover videos showing Planned Parenthood executives casually discussing the harvesting and sale of baby body parts. It was sickening. It was horrifying. In both videos, the abortionists filmed – Dr. Deborah Nucatola, Planned Parenthood Federation of America’s Senior Director of Medical Services and Dr. Mary Gatter, the President of the Planned Parenthood Federation of America’s Medical Directors’ Council – candidly discuss the harvesting and selling the body parts of aborted babies and the haggling of prices for these baby body parts.”

Lisa Stiller (Democrats for Life of America) was quoted in the Valley Times commenting on the video exposés: “The videos show the horror of what’s really going on.”

A third video exposé was released yesterday. According to Life News, that video caught “a Planned Parenthood vice president negotiating the sale of aborted babies and attempting to get as much money as possible from the deal.” 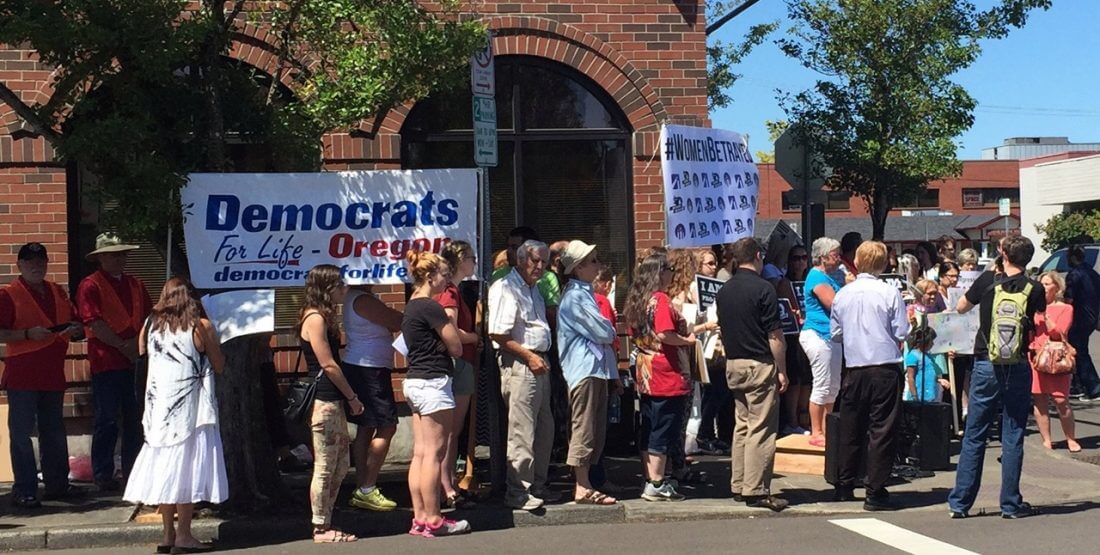