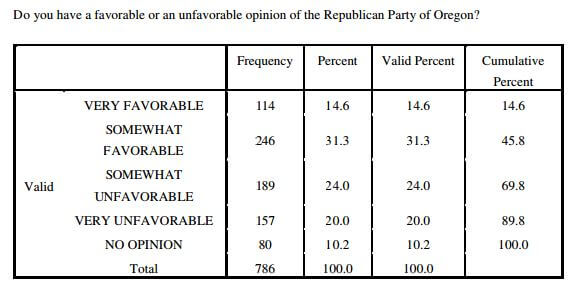 Favorability was slightly less for the Democratic Party of Oregon, with only a difference of .4% between favorable and unfavorable: 45.8% favorable versus 45.4% unfavorable.

The poll was circulated by the Independent Party of Oregon in a press release yesterday.