It was almost 100 years ago that Red Sox owner, Harry Frazee traded Babe Ruth to the New York Yankees in exchange for funding of a Broadway Musical.

It is considered by many to be the worst deal in baseball history.

As bad as this deal was, it was just baseball.

The world did not become a less safe place; a regime that boldly shouts Death to America!, finances and emboldens terror groups that slaughter Jews & Christians and has promised to wipe Israel off the map wasn’t rewarded with 150 billion Dollars. They didn’t give greater access to long range ballistic weapons to their enemy and put them on a fast track to becoming a nuclear terrorist super power.

Harry’s trade was clearly a blunder, it would be another 86 years before the once powerful Red Sox would win another world championship. 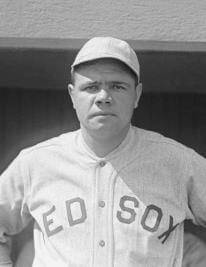 The Iran Nuclear Deal was signed despite the objection of the Republican Congress and many key Democratic members of Congress and is opposed by the vast majority of the American public. It could go down as the worst negotiation in history.

As more details come out about this opaque deal we find that the “anywhere / anytime” inspections of nuclear production facilities that President Obama promised was in fact simply false. That statement was proven to be as accurate as “I did not have sex with that woman… Miss Lewinsky” and “If you like your plan, you can keep you plan…..period”.

Red Sox fans cringe when they think about the foolish negotiation that led to The Curse of The Bambino and the cloud of futility that hung over Boston for nearly 100 years.

I cringe at the possibility that the negotiation of our current president and his minions will lead to a different type of cloud in the future.

If this deal makes you feel that we are safer and that our future and the future of our grandchildren is brighter because of this deal, please explain to me why.

Jeff is a native Oregonian and a local business owner.