Salem, OR – As the six-month filing period for state office opened on Thursday, Senate Republican Leader Ted Ferrioli (R-John Day) has a message for those seeking election to serve the people of Oregon in 2016.

On Wednesday, The Oregonian revealed that Governor Brown met [by phone] with California billionaire and extreme environmentalist Tom Steyer before finally pulling the plug on a bipartisan transportation package. This latest twist arouses suspicion that Governor Brown buckled to the same political pressure that former Governor Kitzhaber and his fiancé Cylvia Hayes succumbed to by choosing a divisive, expensive clean fuels mandate over a transportation package.

“It’s sad to learn the influence that Tom Steyer, a prominent Democrat funder, had in the demise of the transportation package,” said Ferrioli. “The collusion by Democrat leaders to save the Clean Fuels program needs to be called out for what it is: corruption.”

As roads deteriorate, Oregonians will continue to be at risk. Under the current Democrat leadership, one thing is clear: our roads aren’t getting better. Democrats can prove their allegiance to Oregonians by repealing the so-called Low Carbon Fuel Standard mandate and moving forward with a transportation package that will create jobs, reduce traffic congestion, lower carbon emissions and strengthen the economy in local communities throughout Oregon. 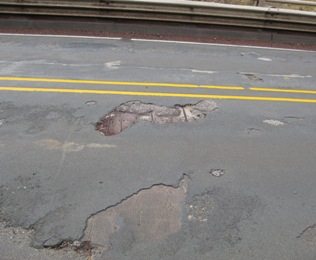