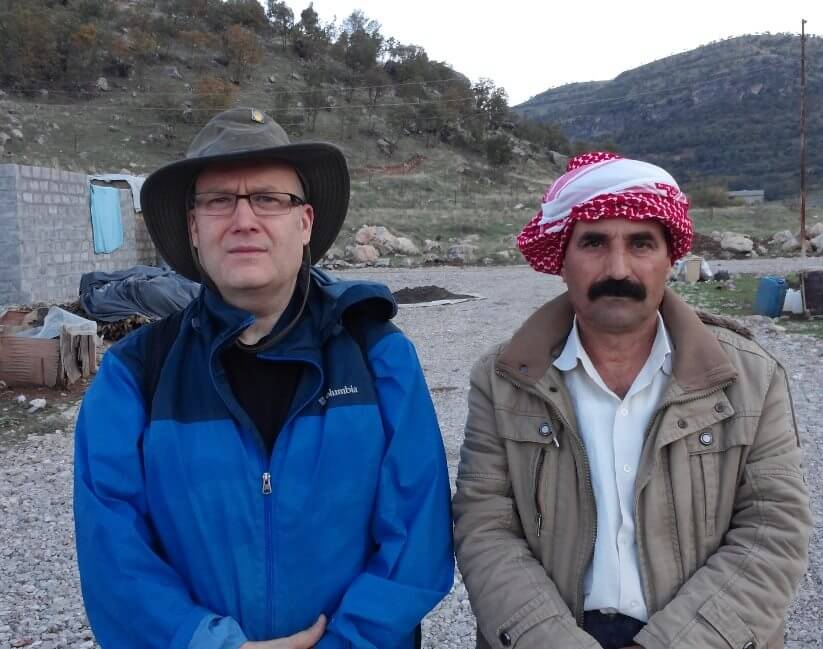 When I first heard about the Paris attack I was on a plane returning from Iraq on a short term mission charity trip to help refugees who had escaped from ISIS.  At times I was 50 miles from the ISIS front lines and very afraid but determined.  The stories I heard and the people I met in Kurdistan, Iraq were astounding.

The man in the photo is named Abraham, he is a Yazidi refugee who narrowly escaped for his life. ISIS is waging a modern holocaust on the Yazidi people by executing all males and forcing all women into sex slavery. Already nearly 4,000 women have become slaves.

Abraham and his friends told me their frightening testimony. One day his village got the news that ISIS was coming. There were only three choices (1) flee immediately (2) stay and fight or (3) try to bribe ISIS. What would you do? There was not much of a choice since everyone who didn’t choose to flee was killed.

The tribal leader, Yuri, put his family in a truck cramped with 16 people standing room only. His son pleaded with his dad to get in the truck. Yuri refused. In an act of unspeakable bravery his son got off the truck and said he wouldn’t leave unless his dad did. Moved with compassion Yuri decided to join his family in the truck. It saved his life. Everyone left with nothing — no family photos, no memories, nothing.

This photo of one elderly couple in their 70’s who fled ISIS fled on foot. They walked for 12 hours during the night and brought grave injury to their legs before they made it to safety.

One of the families close to Abraham who fled got overrun by ISIS on their way out. The three daughters were routed back to a farm and were assigned as house slaves — and soon to be sold as human sex slaves. ISIS promotional videos touted human beings being sold for $175. The women at the farm made a daring choice. They ran for their lives — which guaranteed certain death if caught. The women ran into a taxi driver along the road. He was a Muslim and took pity on these Yazidi women. The driver took them home to his family and dressed them in burqas so they would appear as Muslim (and not Yazidi who have their own culture, dialect and dress). The women and his whole family got in the car and they headed east towards safety. When stopped the driver said he was taking his family out for a picnic. They narrowly escaped.

When Abraham told me his story, he couldn’t help but weep in tears. I too wept as this man’s life was so broken, so full of loss. Within hours they lost everything, all possessions, their homes, their friends. When an enemy decides to exterminate an entire religious culture of people and wipe out all of their history it is called a holocaust. Of the last holocaust people said “Never again!” This should apply to the Yazidi people and we should do what we can to help.

The children in this photo would be dead or enslaved today if they didn’t escape. 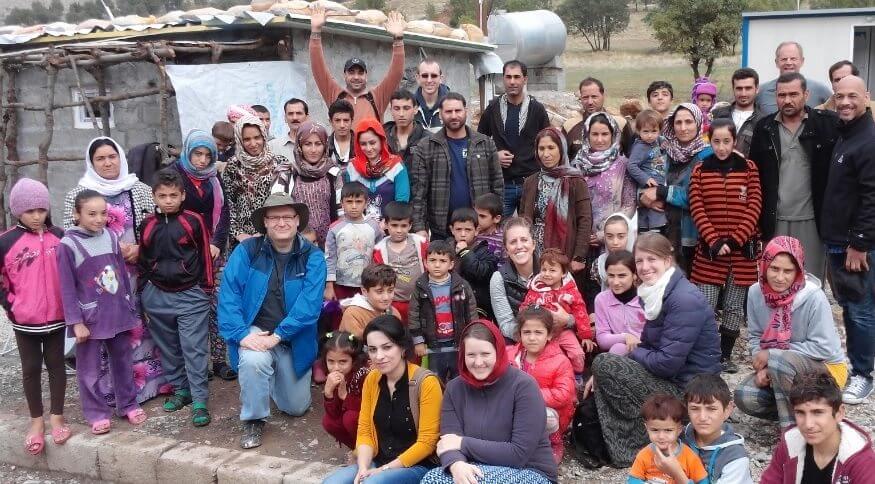 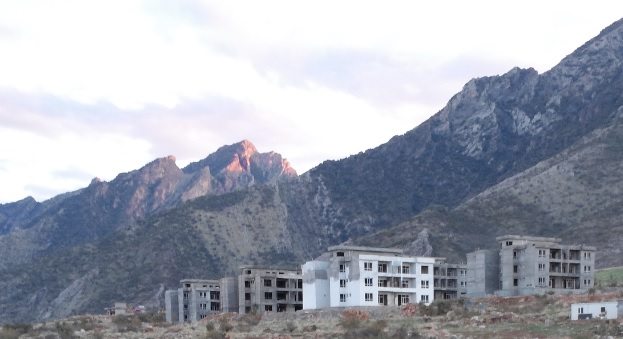 As we traveled through Kurdistan Iraq, we saw entire neighborhoods of half-built vacant buildings. Once ISIS struck last year, the Kurdistan economy froze. Kurdistan, a rare symbol of religious tolerance, human rights and economic prosperity in the Middle East now was being handicapped by the ISIS menace. Kurdistan is one of America’s best friends and allies in the Middle East and they need our help.

This local shop kept newspaper headlines of the refugee boy who died on the front of his business as a reminder.   The Kurdish people have been extremely compassionate to the refugees as they have welcomed and provided resources, property and electricity to tens of thousands of regional refugees. 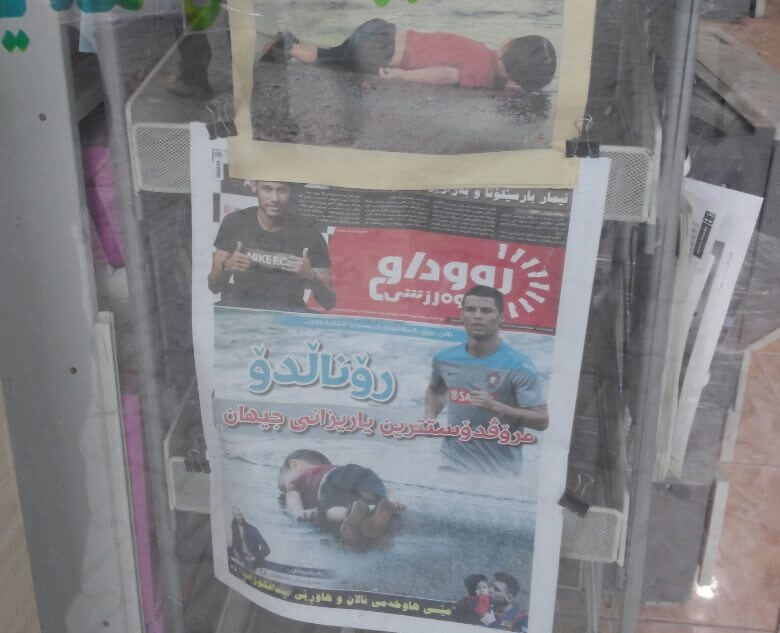 I encourage readers to donate to relief efforts or to join short term mission trips and charity trips like I did to help.  I was inspired by those Oregonians who have gone to Kurdistan before me — Hon. Jason Atkinson,Hon. Jeff Kropf, Rick Miller, Tim Bernasek, Grant Pautz and the team from the  Westside:a Jesus Church congregation.   I hope you too can be inspired.

The last photo is of the medical help we gave the Yazidis.  The woman at the top left of the photo is Elisha – a former Oregonian (and former Oregon Republican Party staff) who now lives in Africa doing charity work there.   The life of everyday unsung heroes from Oregon is amazing. 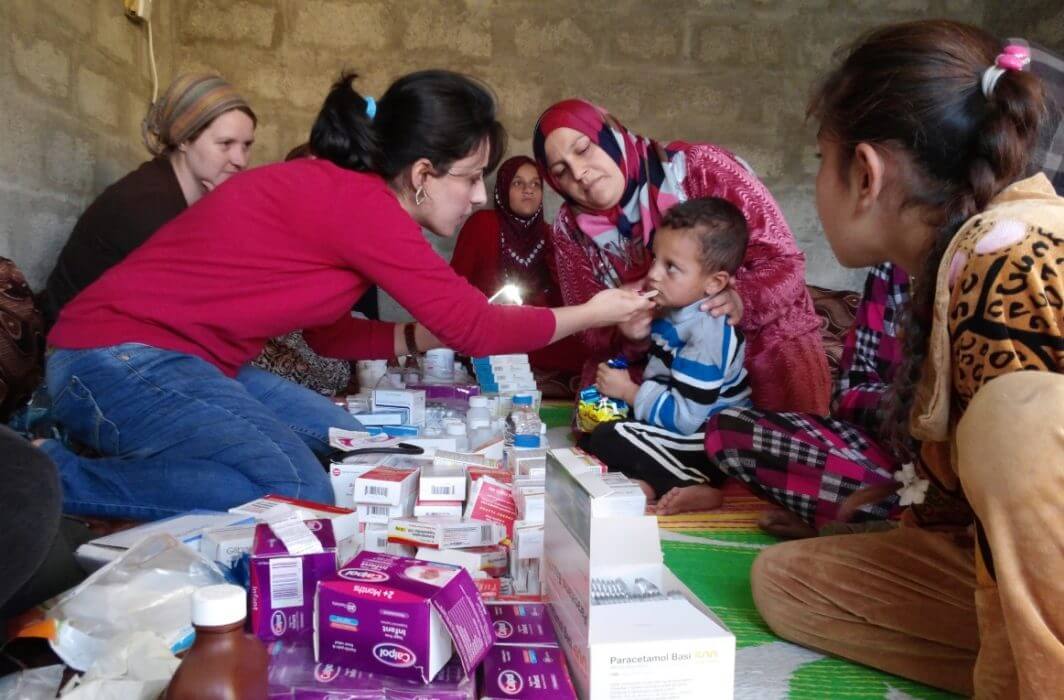