Nigel Jaquiss at Willamette Week reported yesterday “Some of the most experienced, best-known reporters at The Oregonian have applied for the latest round of buyouts at the struggling daily.”

Steve Duin, Richard Read, and Bryan Denson are joining Jeff Mapes as part of at least 13 staffers who have said they will take the paper’s buyout offer. Jaquiss reports “The paper is seeking to reduce its newsroom by 25 people, and is expected to conduct layoffs to reach that number. Investigative reporter Nick Budnick, who was not eligible for the buyout, left the paper last week to rejoin the Portland Tribune.” 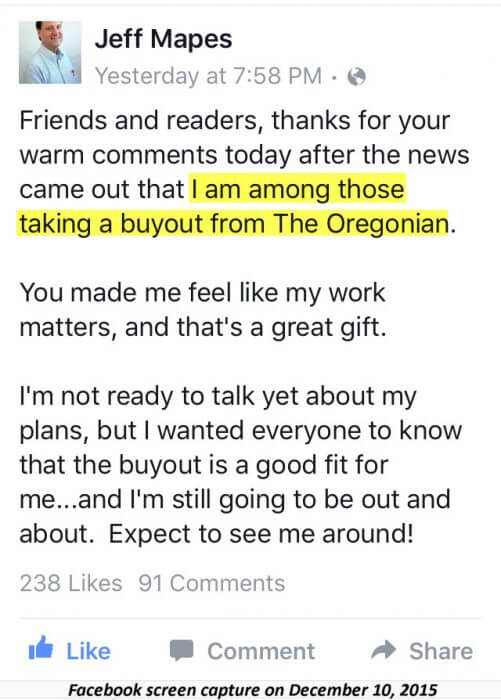 Last year, The Oregonian moved out of its building of 66 years at 1320 S.W. Broadway in Portland as part of its ongoing downsizing. 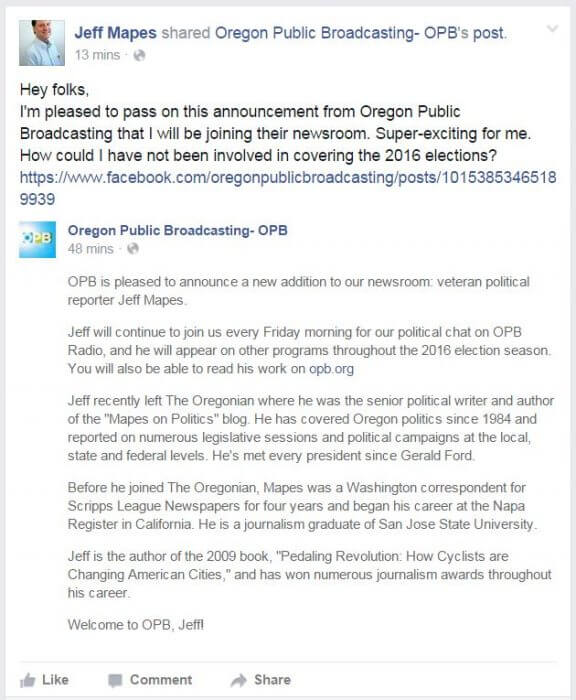