Allen Alley announced this morning on his Facebook candidate page that he has filed to run for Oregon governor.

His announcement confirms recent speculation that Alley would announce today.

His Allen Alley website has also been updated. It begins “I’m running for Governor of Oregon because the political class in Salem has let us down.” 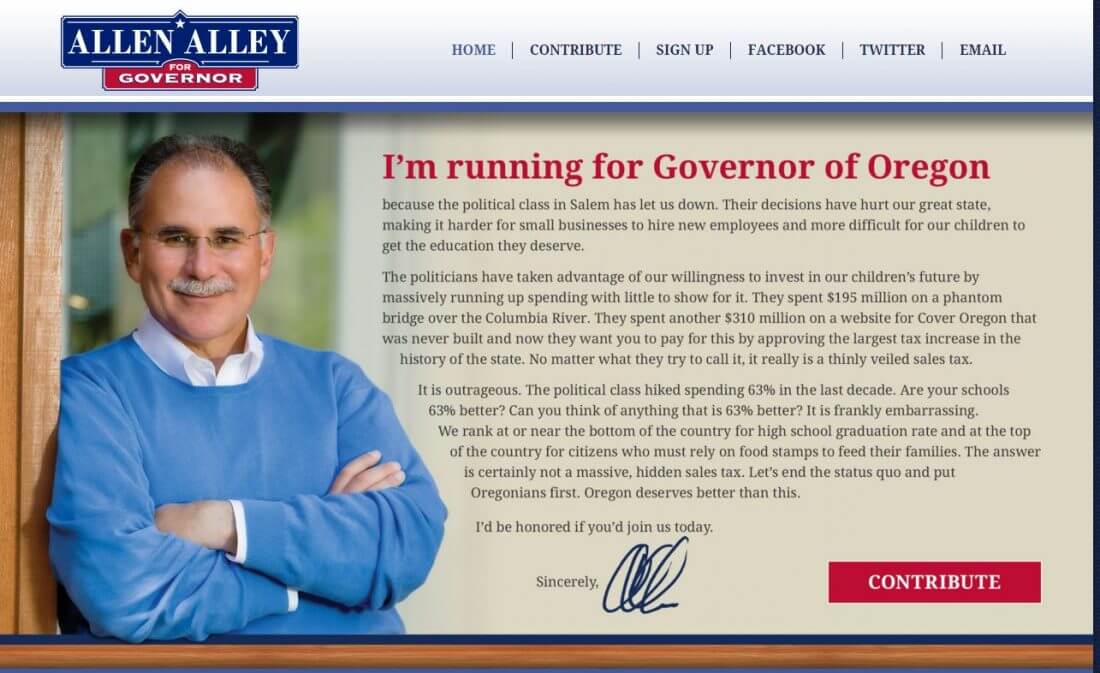 Allen Alley “was a tech world force as CEO of Pixelworks in the late-1990s and early 2000s,” was deputy chief of staff for Democratic Gov. Ted Kulongoski (where he oversaw “the policy areas of economic development, technology, transportation, workforce training, and energy”), ran for Oregon state treasurer in 2008 as the Republican nominee, ran for the Republican nomination for governor in 2010 and was unanimously elected Oregon GOP chair in January 2011 and served for two years.