Recently I went on a private charity trip to Cuba and had a chance to see first hand how Cuba operated.   The real-life stores from actual Cubans living there helped to dispel many political myths.

The photo on the top right shows the disabled school I visited. 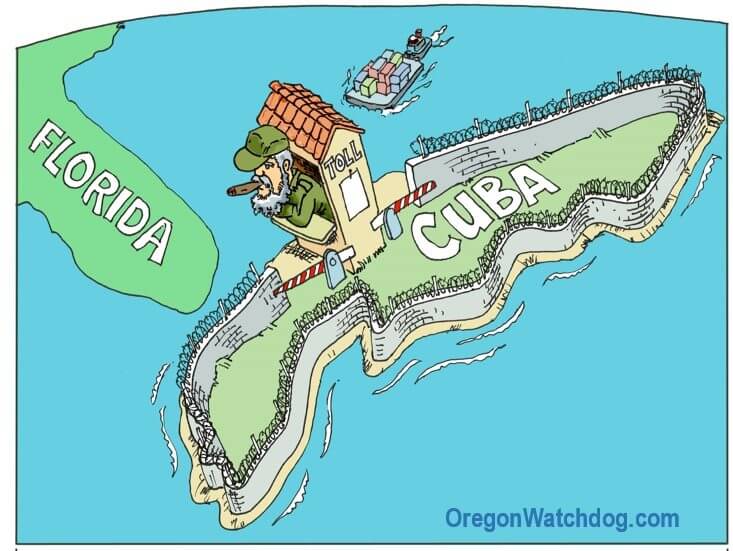 1. Empty shelves caused by communism, not embargo
The empty shelves I saw in Cuba were directly caused by the Cuban government. Soap, cooking oil and rice were the most common items to vanish from shelves. Cuban politicians and American Liberals blame the embargo, but upon inspection you realize that Cuba can buy soap, rice and cooking oil from ANY county. Case in point, the entrepreneur who is trying to build the first fast food drive thru can’t get milkshake cups because the government does not order them for business to purchase. He has to fly into Miami and stuff his luggage full of cups and fly them back home. Postal delivery is impossible due to rampant theft. 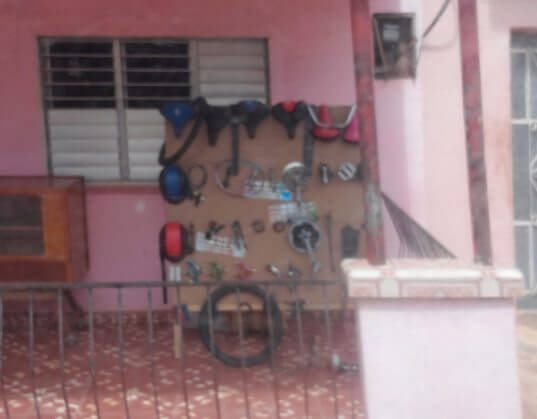 2. Average Cuba wages are $20 a month
Socialism has so monopolized most of the nation’s jobs that it has caused a staggering economic slump and depressed wages. Cuba’s average wage is $20 which is among the lowest wages in the Western Hemisphere. 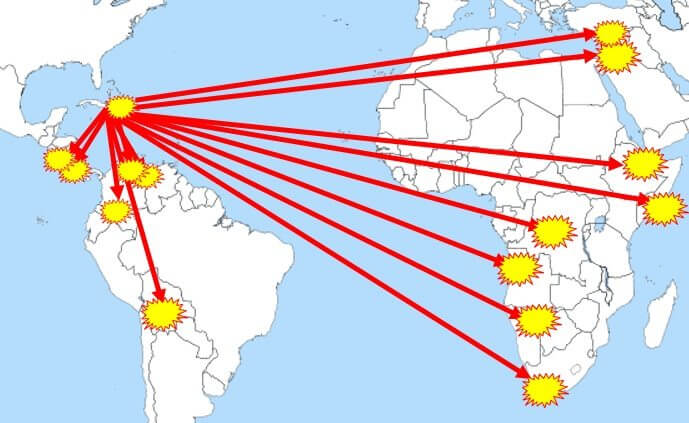 3. Cuba is among the most violent nations on earth
As the graphic shows, Cuba has picked fights with over 16 different nations. Cuba tried to destroy Israel in the 6-day war. Cuba tried to disrupt the democratic elections and peace truce between Nicaragua’s warring parties. Currently, Cuban generals are backing Assad in Syria as they kill American backed freedom fighters.

5. Liberals praise Cuba’s propaganda signs but ignore the censorship behind them
Private businesses are not allowed to advertise on billboards or outdoor signs. That makes those propaganda signs all the much worse.

6. Those old cars hide a deep secret
It may be a time-traveling fascination to step into a world stuck in the 1950’s with the vintage cars, but look under the hood and you will see a dark grim reality. These cars have all been turned into diesel engines and practically most of the entire inside have been remade from unrelated spare parts. To own a new car in Cuba would cost you the equivalent of 2-3 million dollars. Our tour van often picked up hitchhiking police officers on the way to work, because not even they can afford a basic car. These vintage cars represent the suffering of the people under socialism.

7. Health care fallacy
The Cuban people we met were begging for basic medical items such as aspirin, Tylenol, diabetes testing strips and first aid kits. It is true that any Cuban can just walk into any hospital at any time but what good is it if you can get a diagnosis but not the medicine to treat it. 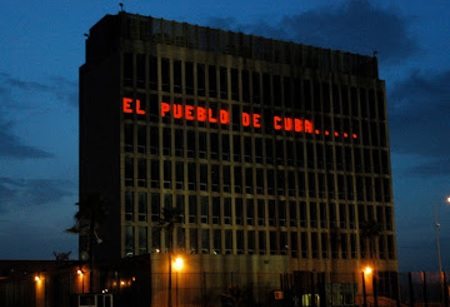 8. Obama removed the free-speech billboard from Cuba
One of the few ways Cubans could read news from the outside world that censors we unable to block was the huge electric reader board the United States placed on their unofficial embassy. This reader board located along a busy Havana road helped to share news and information to the Cuban people. Fidel set up towering black flags in a vain attempt to block the billboard. When Obama took office he removed the free-speech billboard as part of his concessions to Cuba

9. Over 1,200 Cubans have been arrested since the Obama-Cuban normalizations.
It is sad to note that since Obama began granting Cuba more concessions that the Cuban government has made human rights worse than ever.

10. The Cuban people are geniuses
Despite unprecedented loss of freedom within a heavy hand police state, the Cuban people have become world famous for their ability to repair and repurpose machines with unrelated spare parts. The Cuban people clearly demonstrate the power of the human spirit. 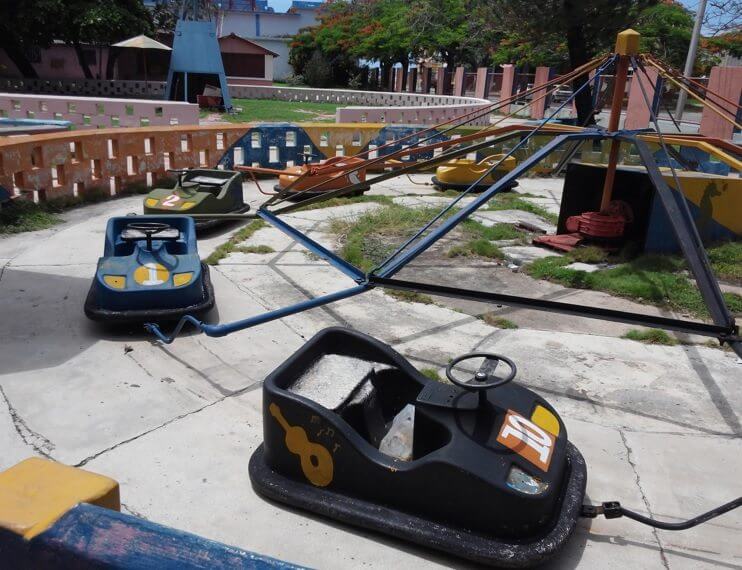 We saw this creepy abandoned playground.  When Fidel visits the park the government sweeps in and buys all new equipment,cleans it up and hosts a party.  After the visit it is abandoned.  A reflection of how propaganda effects everything in the nation.