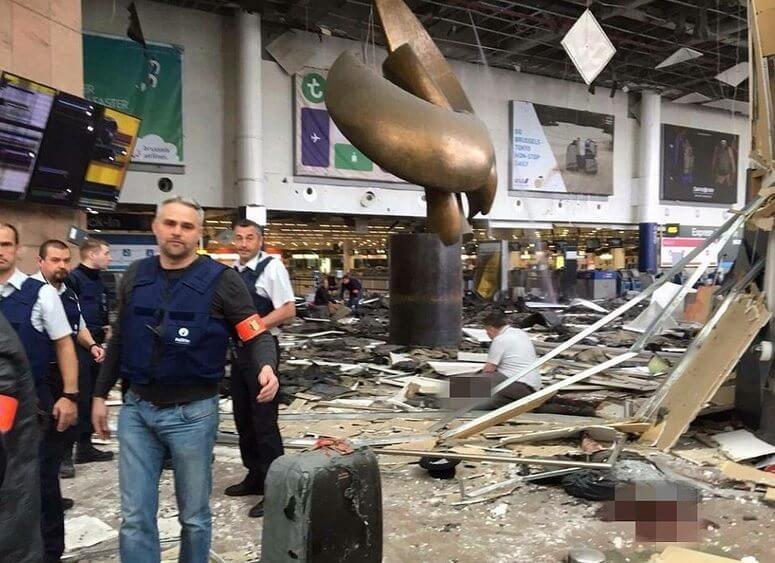 I was watching the coverage of the Brussels attack when it was reported that law enforcement received a tip from a taxi cab driver to the possible home of the bombers.   Here is an example of what the media reported:

“The taxi driver who transported the three men suspected of attacking Brussels international airport on Tuesday later led investigators to their safe house…The unidentified driver was suspicious of the brothers when he tried to help them with their suitcases but they declined, according to the report.Upon finding out about the attack, the driver contacted police and led authorities to the pick-up address… Authorities raided the property and discovered a nail bomb, chemicals and an ISIS flag.”

The story reveals how the terrorist made a giant mistake in using a cab driver by leaving a trace of where their home was. This comes at the same time when police and the media are warning that more attacks are on the way. Surely all of the terrorist cells in Europe are watching the news, and those that are planning the next one are adjusting their plans to avoid this mistake next time. Why can’t authorities hold the story about the taxi cab driver for 30-days?

This mistake has already has already happened before. After the 9-11 attack, Osama Bin Laden produced a follow-up video in Afghanistan. The archaeologist/geologist the Pentagon used to determine the rocky mountain background in Osama’s video was able to determine based on the rocks what region Osama filmed the video in. After that archaeologist was interviewed by the media, all the next videos Osama did during his life were all draped with a blanket wall. Simply put, the terrorist are watching the news and we should be strategic in what the police and media release.