Back in May the U.S. Census Bureau released some relevant statistics of the voting-age population in advance of the Oregon primary. The release, titled Demographic and Economic Profiles of Oregon’s Electorate, included a graphic comparing Oregon to the national average in a number of demographic and economic categories. 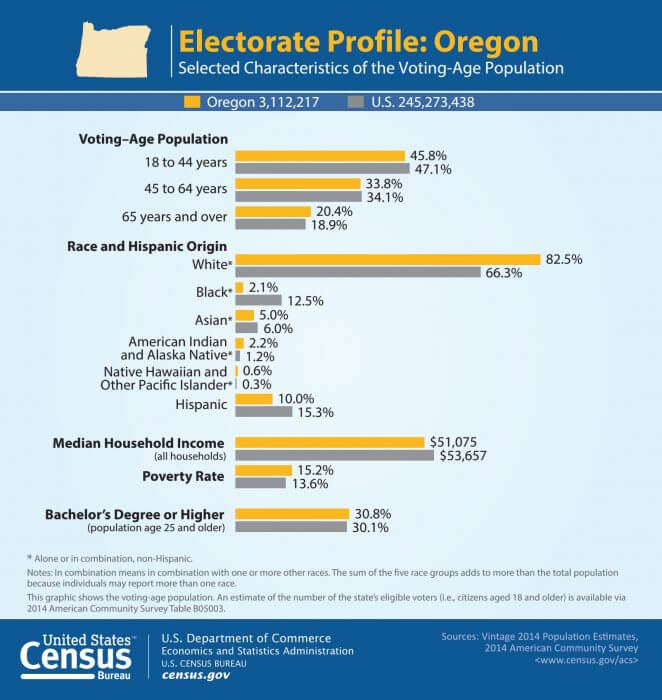