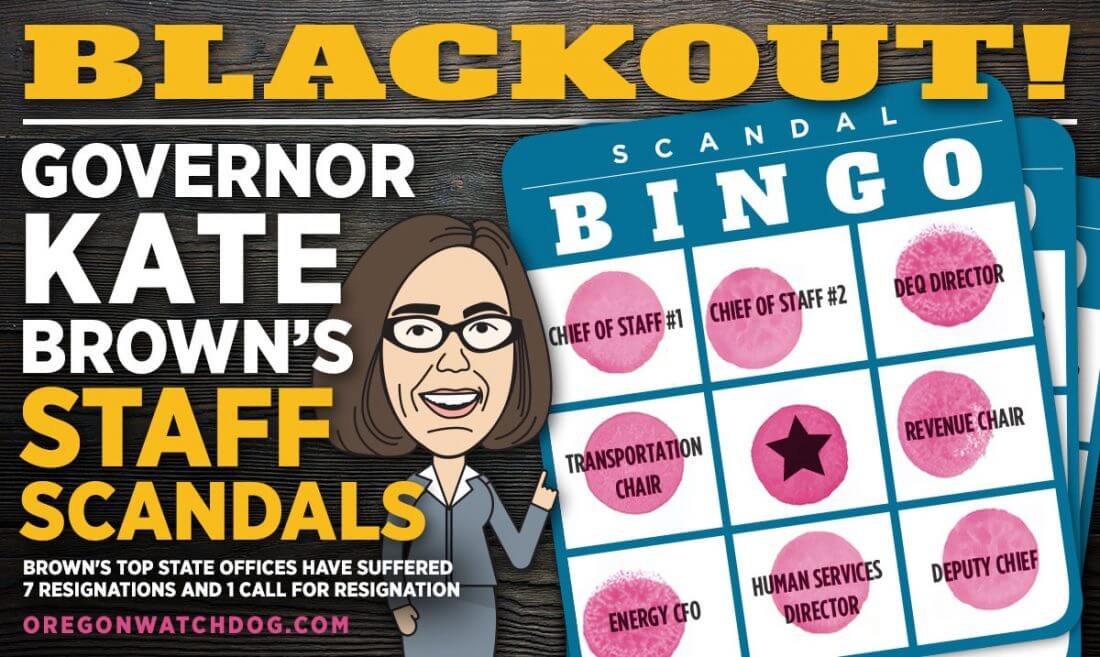 “Director of Oregon’s Department of Environmental Quality, resigned Tuesday amid an ongoing air pollution scare that’s drawn a massive outcry from residents…The agency was slow to respond to questions, delayed releasing documents and maps showing how widespread potential pollution hotspots were and struggled to coordinate with other government agencies. ”
The Oregonian
March 1, 2016

“Energy Department’s chief financial officer resigns amid ongoing problems with incentive programs…signed off on nearly $12 million in tax credits for solar farms built at the Oregon Institute of Technology and Oregon State University. His division failed to perform basic due diligence on documentation submitted to get the credits. Key paperwork apparently was fraudulent, an investigation by the Oregonian/OregonLive determined earlier this year. The state Justice Department subsequently initiated a criminal investigation.
Recently auditors at the Secretary of State’s office found that the agency was ignoring rules restricting the resale of energy tax credits. The review found the agency allowed the credits to be sold at deeper discount than state laws allow.”
The Oregonian
September 29, 2015

“Oregon’s human services director will step down…Oregon’s foster care system has faced several lawsuits in recent years — paying out millions of dollars in judgments — over allegations that it failed to adequately intervene in cases that resulted in sex abuse, serious injuries or death.”
The Oregonian
July 24, 2015

“Gov. Kate Brown’s chief of staff has resigned after nine months on the job…The reason for Shipley’s departure was not immediately available, but Brown thanked him for his dedication and hard work.  The switch comes shortly after Brown asked for a review of why flawed estimates of pollution reduction were used during negotiations for a big transportation package that collapsed in June.”
KATU-TV (AP)
November 20, 2015

“Brown announced that her current chief of staff will leave her $185,510-a-year post on Jan. 31…In October, WW reported that Leonard and her husband had a financial interest in a book-keeping firm that had Brown’s re-election campaign as its largest client.Then in December, WW reported that a software company Neely owns had $214,000 contract with the state that is up for renewal this year.That contract created a potential conflict of interest that Leonard had failed to disclose until WW asked about it. Similarly, she failed to disclose a potential conflict of interest that arose from Neely’s work as a lobbyist for the Oregon District Attorney’s Association.”
Willamette Week
Dec 31, 2016

“Tibbs, who was scheduled to start as Brown’s deputy chief of staff on Jan. 23, also resigned…Tibbs, who worked a two-month stint in the fall to help develop the governor’s budget proposal, did so while on a break from working as a lobbyist for Oregon Health & Science University. The university has a financial stake in the state budget, and Willamette Week reported that neither Leonard nor Tibbs filed forms with the governor’s office disclosing their potential or actual conflicts of interest.”
The Oregonian
1-4-2017