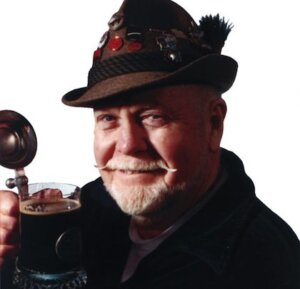 As something that could have been simple like an Obamacare repeal instead goes down in flames because a President with an R next to his name campaigned on universal coverage and promised to keep intact the ACA’s core regulations, it’s important to remember that the occupant of the Oval Office has never been what has made America great. Life gets better, because we have people with liberating ideas, people like Fred Eckhardt.

As a follow-up to what I wrote last week, it’s important to understand why we have a thriving craft beer economy in this state. It’s not due to the vision of some grand statesman, but it can be traced to a visionary.

When Eckhardt enlisted in the Marine Corps as a teenager, the American prohibition of alcohol had been repealed for barely a decade. When the hard-fought island of Okinawa was secured, Eckhardt drank the same bland, watered-down American beer in celebration of that bloody victory he had survived.

During the Korean War, Eckhardt was stationed in Japan and discovered something new, an imported bottle of Turbog Beer from Denmark: beer that can be dank for its taste and not just for inebriation. Like most Americans of his generation, he’d never experienced that before.

When Eckhardt retired from the Marine Corps in the 1960s, he moved to Portland. There wasn’t a market for quality beer in Oregon then. Instead we had a heavily regulated cartel of national beer companies producing the same mediocrity.

Eckhardt had a taste for something better, but he had to brew it at home which was against the law. In 1972, Eckhardt self-published what is now the classic founding text of Oregon’s beer economy, A Treatise on Lager Beer.

Page 6 had a required warning: “It’s illegal.” He went on to say:

After Prohibition, it remained illegal to make homebrew (it still is) and so even then there was no light to be shed on the subject. Now more than 35 years after the end of Prohibition we are just beginning to explore the possibilities of home brewing. . . . There are almost no quality beers made in this country, so if you want good old-country style beer you must make it yourself. Even the German beers imported into this country are being made to the so-called American taste. Pablum and pap for babies. You actually can make beer just as good as the great European master brews in your home. This book is only a start.

Indeed it was. Eckhardt started a beer revolution in America that quickly spread from Portland, Oregon to Portland, Maine. Being ground zero for these changing American tastes and consumption options, Oregon retains a competitive advantage in the craft beer market.

For years people bought Eckhardt’s book and broke the law. Only later did the regulatory environment get reformed to conform to what people were already doing.

We can generalize from this story. From Uber to Airbnb, markets get freer not from electing some messiah but by bending and often breaking the limits of market limiting laws.

Obamacare looks like it’s here to stay, but there will be entrepreneurs in the health care sector that will leverage technology to push the limits of the stagnant status quo. Legislative reforms will follow regardless of what party holds the levers of power.