Note: This article was originally published on billpost.us 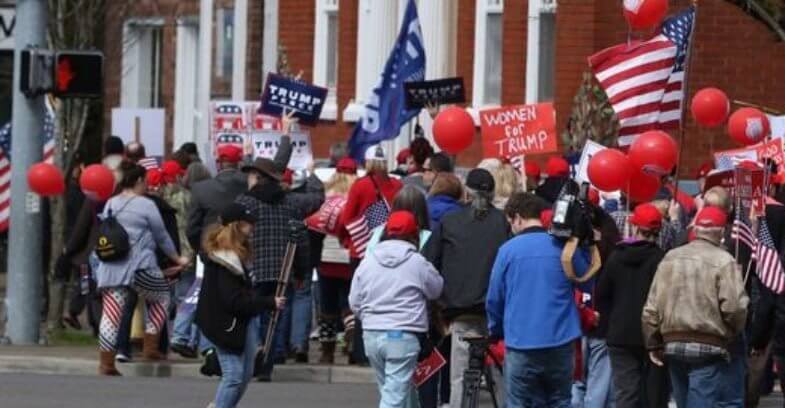 This past Saturday there was a “march” or “rally” to “support” President Donald Trump.  It was the second event that I’ve heard of in several weeks.  I find myself asking “why?”

I am old enough to remember when President Ronald Reagan came into office in 1981 and he had a pretty rough time of it for that first year or so.  The press mocked him as: old, a bad movie actor, a crazy conservative, a war monger and much more.  He had defeated their “legitimate” president, Jimmy Carter soundly and that stung them greatly.  The press and the left of America weren’t sitting on their hands either.  They raged against him and many an editorial was written against him and many a college campus “effigy burning” went on.

During that entire time, I sure don’t recall a “rally” or “march” for President Reagan.  Those of us who voted and supported him, expected him to keep his campaign promises and “Make America Great!” No rallies, no marches, we just flat expected him to do his job, the job we elected him to do.  I’ll tell you one thing: he DID his job and history records it (even if HE didn’t record it via Twitter!)  I supported and greatly admired President Reagan and still do but I do not “deify” him.  He was a great man and great leader and that’s all.  He wouldn’t have had it any other way.

Now we have had marches and rallies against President Trump, but we all knew that this was coming as we are in a new era of mass communication via social media and we’ve had 30 years of “Saul Alinsky” type indoctrination and so, we expected this “backlash”.

What I didn’t expect was a “we won, you stink” march from the side that won.  And certainly not more than one of them.  History will record if President Trump “did his job” or not but in the meantime I expect him to do the job I elected him to do.  Every time someone “rallies” or “marches” for President Trump, the only thing they accomplish is “sticking a finger in the eye of the other side” thus enraging them to more ridiculous behavior.  Did anyone expect no “resistance” from the “other side”?  Of course not, that’s the purpose of the “march” or “rally”.  Just when things had started to quiet down some, Saturday’s “march” or “rally” started it all up again.  To what purpose?  Does anyone think that President Trump is looking down from his office and saying “oh isn’t that special, they love me!”? As Bob Newhart so brilliantly said: “Stop it, just STOP IT!”

After the election of 2016, many who voted for Trump were quick to say “he won, get over it!” to those who supported Hillary Clinton.  So why aren’t the same people taking their own advice?  “Get over it!” and move on.  Support your/my/our President by making sure he, like any elected official, keeps his word and does the job he was elected to.  I support our president and so far, the job he’s doing.  I sure as heck don’t think he needs me to march around the Capitol of Oregon to show my support!

Last point: if you are reading this and think “ol Bill has gone soft” you’ve missed the point.  I’ve tired of rallies and marches for ANYTHING!  I’ve clearly said that for several years now.  I support our president but I also have a deep distrust for all “politicians” and will never “swear my allegiance” to a man or woman, but only to the flag, the Constitution and this great nation!  That Constitution says we can have these marches and rallies but it doesn’t say we have to.  I’ve preached for years, “get involved” but this is not what I mean.  I am begging you to stop wasting this little bit of energy we have and start using it for something far greater: winning the State of Oregon back from the Majority Party that completely controls it!  It’s NOT too early to start talking to your friends and neighbors about the 2018 elections.  We have a governor to replace.  We have a House and Senate to get to a Republican Majority.  We have school boards, county commissions and city councils to take over.  We have a LOT of work to do.  Get to it!