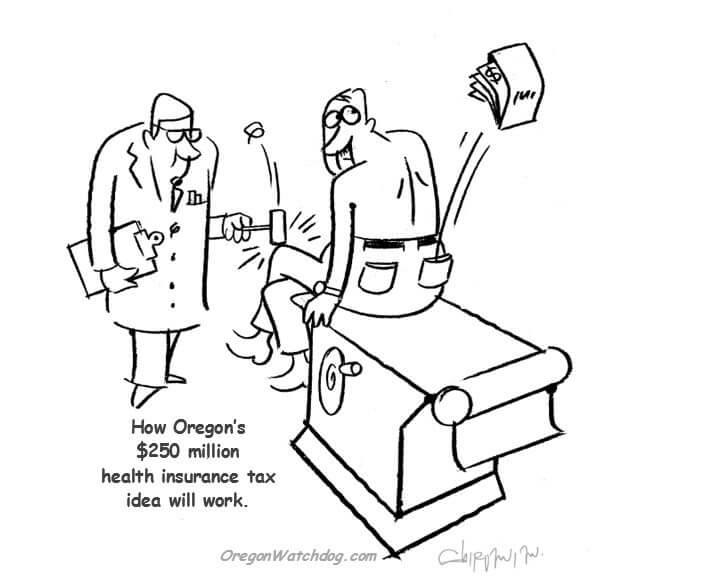 Oregon’s Legislature now appears ready to consider adding to the costs of already-expensive health insurance.  While a bill for consideration has not yet been finalized, some discussions have begun that could lead to a tax on health insurance premiums that could raise about $250 million, along with other taxes on health care.  These would all be passed along to those who actually pay the bills to help fund the state’s Medicaid program some of whom are already struggling to pay for their own health insurance.

Necessary state funding for Medicaid should be part of a comprehensive budget and revenue package, determined only after the Legislature and the Governor take credible steps to control skyrocketing budgets.   Rather than increasing taxes on families already struggling to afford health insurance, the Legislature should show some spending discipline.