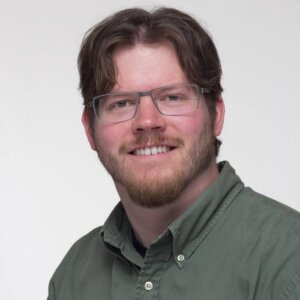 We live in a time of highly partisan redistricting. Secretary of State Dennis Richardson has developed a plan to lead us in a new, less partisan, less biased direction. Many Democrats have been lining up to call this a power grab, but in reality, Richardson seeks to hand over this power to a computer algorithm that could only be overridden by a supermajority of technical experts with a balanced party affiliation.

I spoke with Seth Woolley of the Pacific Green Party about this plan, and he points out the Oregon Democratic Party has been gerrymandering districts in its favor; so they are likely to oppose a more fair system that changes that status quo. Woolley is uniquely qualified to comment on Richardson’s proposal for three reasons. First, he’s not a Republican. Second, as a computer scientist at Uber, he has expertise in database algorithms that deal with geospatial-based services, and third, he was on Richardson’s Independent Redistricting Task Force, having helped provide the principles that produced this proposal.

Woolley volunteered his time because he sought to ensure a clean proposal was drafted that would be fair to all party and nonparty members alike, offering a reasonable alternative to the status quo. He’s convinced this innovative proposal could meet the goal of being bipartisan, but if it were up to him, Woolley thinks proportional representation is the fairest, which is the only system that would be fair to third parties. The single-member-district voting structure we have today is what primarily creates our two-party system.

Given our current electoral structure, Woolley thinks the implementation of Richardson’s plan could put Oregon at the forefront of fair redistricting reform. There are, however, different ways of defining “fair” in an electoral context.

One very reasonable one is advocated by Representative Knute Buehler which seeks to minimize “wasted” votes, keeping districts as close to being 50/50 in ideological makeup as possible. If you make a district closer to being 100% in shared voting behavior, then the impact of around 50% of that district’s voters was wasted on the same outcome that half could have achieved.

It’s no accident that Oregon has one safe Republican Congressional District that Greg Walden won by 72% last fall when the two districts that Peter Defazio and Kurt Schrader hold were both won with just over 50%. Our state legislature works the same way.

Seeking fairness by engineering more 50/50 districts for both political parties would require some “gerrymandering” of its own to accomplish. That might make it vulnerable to partisan manipulation. Dennis Richardson is steering it in another direction.

The Richardson proposal seeks the use a computer program to instead optimize “compaction” which in practice, Woolley explains to me, would minimize the area between two circles. Imagine drawing the largest circle possible inside a district. Then draw the smallest circle possible outside the district. A compaction algorithm forms districts in a way that produces the least area between those two circles. This method keeps most local communities largely intact to vote together.

A compaction algorithm would also produce more ideologically progressive Democrats. The Oregon Democratic Party’s spoke-and-wheel districting scheme has prevented the emergence of a Bernie Sanders wing (from being elected), forging a significant gap between the values of its base and the kind of people that actually hold public office that are easily controlled by public employee unions and contractors whose narrow interests often clash with progressive voters’ more broad goals for the environment and social justice.

Any redistricting system that’s fairer will probably mean a few more Republicans elected to office in this state as well. Woolley points out that will primarily be new moderate Republicans representing suburbs.

It appears to me that a process that only a partisan trooper of the Ben Unger wing of the Oregon Democratic Party would hate, reform that a progressive member of the Pacific Green Party can support, a data-driven innovation put together under the leadership of the least partisan Secretary of State I’ve ever seen, is probably a new way to form districts that most Oregonians would support.