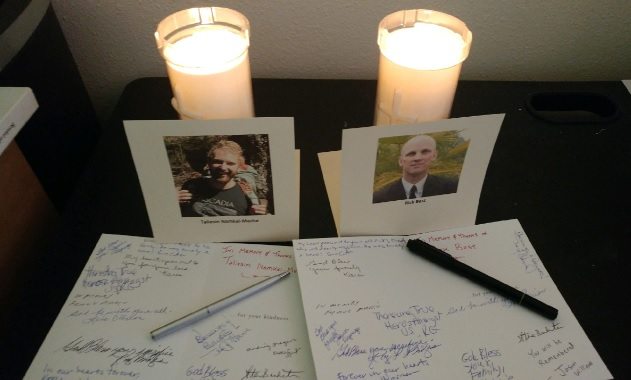 Last night at the Oregon Executive Club, a monthly gathering of conservative activists, time was taken out of the normal program to pay tribute and honor the two brave gentlemen that stood up to defend two women form violence during the recent Max train attack. Rick Best and Taliesin Namkai-Meche both lost their lives when they came to the defense of two passengers. These two men were noted for their heroism and also for standing up for two women who were being victimized for their faith.  A candle vigil was lighted and cards giving people a chance to thank and express thoughts to Rick Best and Taliesin Namkai-Meche were at the event.

I also took time to share on how I was surprised to learn a few months ago from a friend that there were refugees living in my own neighborhood. Many are so afraid that they do not go out in public much and keep a low profile even though they are registered American citizens. There is a toxic environment that we do not often see, but we need to address it when we do see it.

Even though some of the political response to the Max attack by local officials was awful, I do not want that to distract us from honoring the moment that made me proud of Portland — that these two men Rick Best and Taliesin Namkai-Meche gave their lives for others. 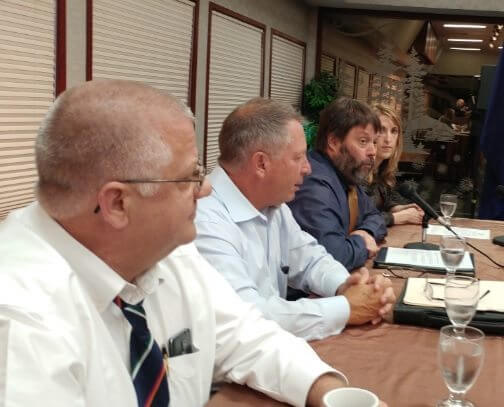