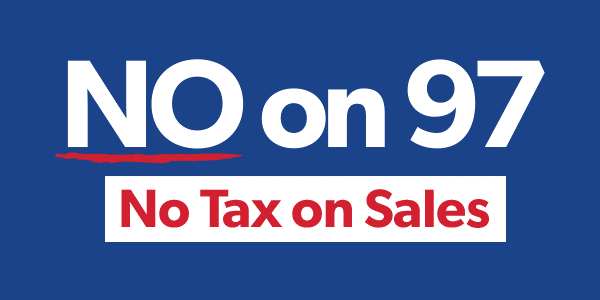 If you have spent any time paying attention to politics in Oregon, then you know that the citizen initiative process is a huge part of how we do things around here.  While at times the ballot initiative process can be a beautiful thing, like when the populace is empowered to vote down bad bills from the legislature, as was the case with Measure 88 and the Driver’s Card law, or making their voice heard on the important issues of the day, like with Measure 91, where the people decided whether or not recreational marijuana should be legal or not.  At times, unfortunately, the ballot measure process can be a bit of a double-edged sword.

One of the biggest problems with ballot measures if that they are drafted in a way that they can be sold to the public, not so that they will be good public policy.  We saw this Measure 85, the repeal of the Corporate Kicker, and Measure 97.  Both of which either directly or indirectly appropriated money to education.  Considering general fund dollars are fungible, this doesn’t really guarantee that more dollars make it into the classroom for education, but it is a heck of a lot easier to sell if the claim is that the money is going to help the kids.

Putting things on the ballot can also be used to effect the results of the election down the ticket.  In 2004 many accused Republicans of putting Same-Sex Marriage bans on the ballot across the nation in order to drive out more evangelical voters, in an effort to help George W. Bush’s re-election.  I have even heard some blame Oregon Republicans poor performance in 2014 on an increased turnout for voters who wanted to see marijuana legalized.  There even seems to be a good case to be made that Measure 97 being on the ballot really hurt a number of Democratic candidates who either avoided the issue altogether or fully embraced the unpopular measure.

While at times ballot measures are necessary to get something done in the face of legislative inaction, the initiative process is much more rigid.  The measures are often drafted by interest groups or extreme partisans.  Without the give-and-take we have in the legislative process, voters are often forced to vote up or down on flawed version of a proposal that could be improved if given the opportunity to be worked on.

Recently we have seen the ballot being used in political brinkmanship.  Special interest groups use threats of going to the ballot to throw their weight around if they aren’t getting their way.  Many legislators in Oregon felt they had to play ball on increasing the minimum wage because the threat of facing a worse version at the ballot box was very real.  Even now we see some of the public sector unions threatening to torpedo the transportation package at the ballot if they don’t get their way on tax increases.

The Citizen’s Initiative can be a beautiful thing and a great exercise in direct democracy, but maybe not all of the time.