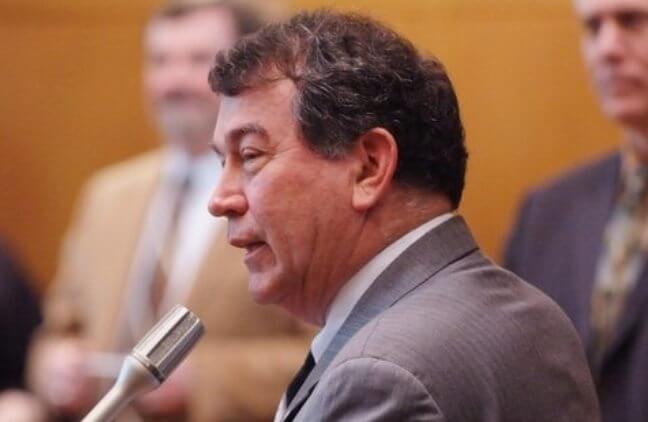 “Governor Brown will also veto appropriations outlined in Section 4 for the Holly Theater, Harry and David Ballpark, and Bradshaw Drop Irrigation project in Medford.“The cornerstone of all negotiations whether they occur in a public or private arena, is the implied covenant of good faith and fair dealing,” Governor Brown said. ‘I believe that each of these projects should be considered during the 2018 session to be evaluated on their merits.'”

This is what I read with no other notice, regarding the monies which were bargained for during the 2017 Legislative Session.
Many of you are well aware that I took a vote for taxes, which I have done twice in my 13 years in Salem, and passed HB 2913 out of the House. Yes, there was a deal made – I agreed to vote for that bill so SB494 (the death panel bill) would be killed along with several other very atrocious anti business bills.

What in exchange – Southern Oregon was to receive $1,000,000 for the Holly Theatre, $250,000 for the Vietnam Wall Replica, $750,000 for a stadium roof at Harry & David Baseball Field, and $1.8 million for the Bradshaw Drop Irrigation Project. There was also a $2 million dollar appropriation for the Family Nurturing Center.

That was the agreement – I give them the vote – they promise to appropriate the money for those projects for Southern Oregon.
I did my part – I gave them the one vote they needed to get HB 2913 out of the House. Beyond that I made no promises – but when I learned that this leadership group was going to push for free full term abortions for anyone in the state and appropriate $35-55 million to make sure all illegal children had FULL health coverage. This was never part of the discussion!!

Late in the session – when the voting was over – I was approached by Rep Parrish to discuss an Initiative Petition (IP309) which would give Oregonians the right to vote on whether they wanted their insurance premiums taxed – to pay for abortions and insurance for illegals – and I agreed to be a co sponsor of this initiative. Oregonians should be able to determine whether they want their tax dollars paying for these social issues.

If you have ever wondered if it is partisan in Salem – well here is your proof. HB 5006 is 40 pages long listing a proverbial plethora of projects across the State of Oregon sending money into many districts across the state. It includes $110 Million dollars for a new Courthouse in Multnomah County, $400,000 for the Greater Portland YMCA, $784,982 for The Dallas Historic Preservation of a Theatre – the list goes on – but the only items that Governor Kate Brown chose to line item veto are the ones from Southern Oregon – District 6.
Friends – that is partisan politics at its best – she certainly reigns queen when it comes to singling out one Representative that works for his district and the State of Oregon and doesn’t take his orders from her or the present leadership. I gave them what they asked for – Brown needs to hold up her end of bargain.

I don’t ask much of my constituents – but I am asking now. Please call her office, email her and inundate her office with statement on how unfair this is to southern Oregon. How dare she punish the entire region because she cannot manipulate a representative.
The economy of southern Oregon will be deeply affected by the $1 million she removes from the Holly. The $750,000 was dedicated to the Youth Baseball Association of Southern Oregon – so young ball players go without a cover for their stadium, not to mention the the Bradshaw Drop Water Project is a timely project dependent on Federal funds as well. We lose an extremely large amount of water in the aquaducts from Butte Falls to Medford – the environmental community should be on her case so fast it would make her head swim! (I’m sure they won’t be – but they should.)

Thank you for taking the time to participate in your state government – such as it is. This is very disappointing to me – and in some ways I suppose I shouldn’t be surprised – but it continues to amaze me just how low the leadership will stoop to get what they want.

I also ask that you share this with every person you know and ask them to participate as well.

Sal Esquivel is the Oregon State Representative from House District 6.