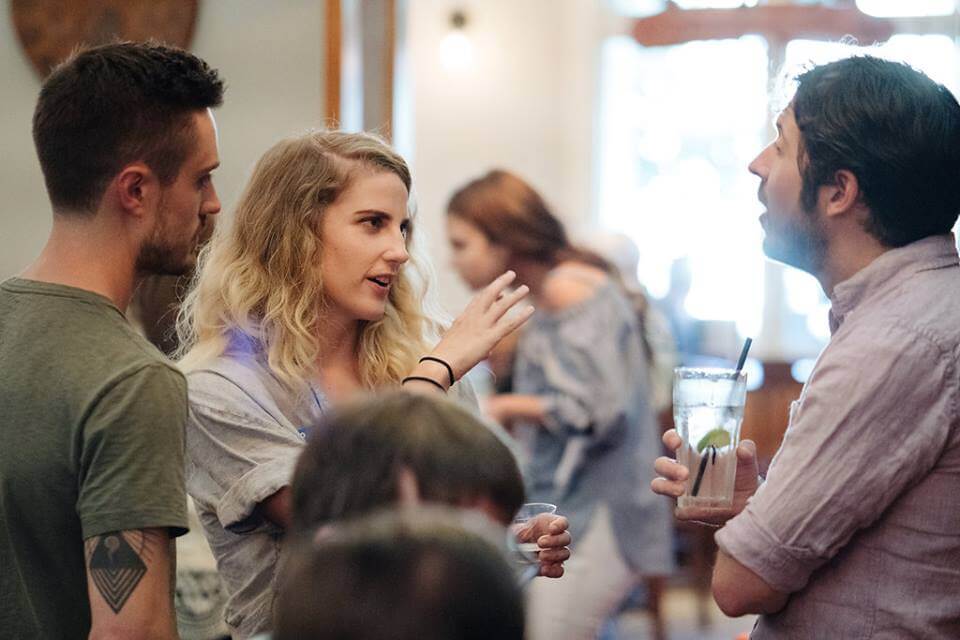 As if it weren’t already obvious Lydia White has been a great new hire at the Cascade Policy Institute, she has managed to organize a Portland chapter of the America’s Future Foundation in her spare time too. I made it out to their first event this week and saw something you don’t see every day: a room filled with young people interested in limiting the size and scope of government. 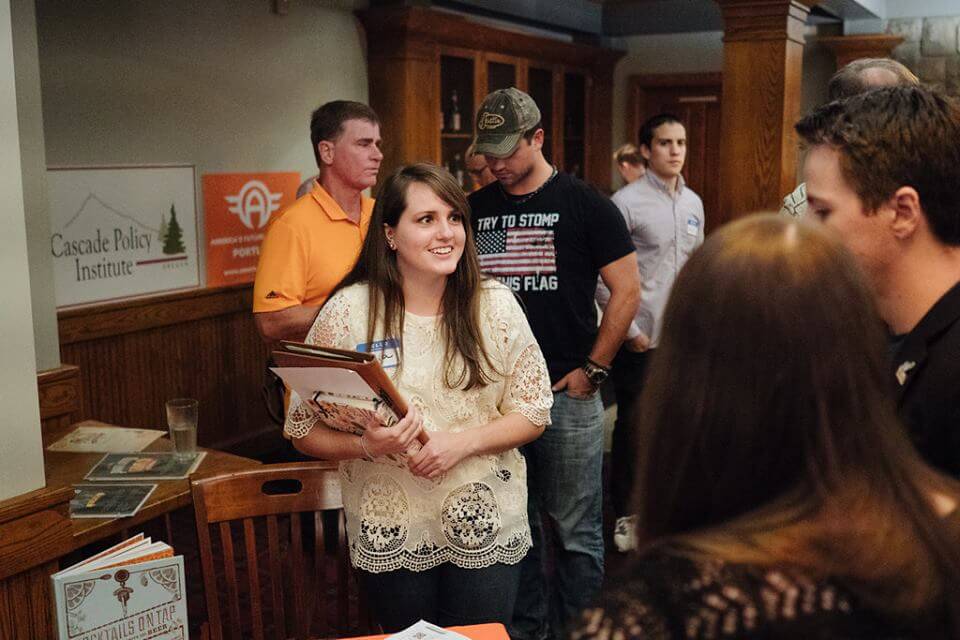 Portland is now the 27th city for this fast-growing social organization of liberty-loving young professionals that learn more about the important public policy issues of the day while having fun and meeting new people. It was so refreshing to go to an event about politics that wasn’t filled with anger.

In addition to the hard work she put into getting a turnout like that, White also had a certain strategic sense for what might be a naturally inviting place: the Portland Brewing Company’s taproom. She invited the perfect speaker. Jacob Grier spoke with John Charles about crony capitalism in the craft brewing industry.

I’ve long been a regular reader of Grier’s excellent blog Liquidity Preference where, if you’ll excuse the pun, he has been mixing alcoholic beverages with free market economics since 2003. This was the first time I’ve heard him speak, and I was really impressed. No doubt there are many other organizations in Oregon that could use a speaker like him and the turnout he can attract.