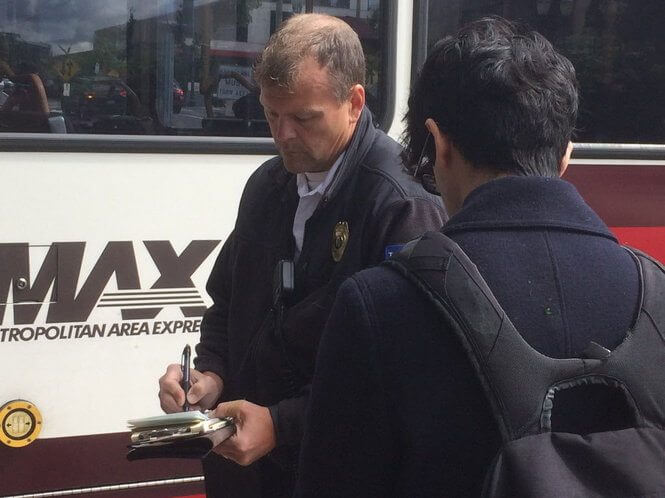 As I’ve mentioned before, if TriMet builds more light rail capacity, fare evasion will become a greater problem. Buses have a built-in fare inspector as the driver adds little additional marginal cost for inspecting passengers’ fare compliance. MAX however, does not.

Light rail requires additional labor to enforce payment. In game theory, this is a situation where a pure strategy does not exist. That is to say, there does not exist one optimal strategy for TriMet to consistently follow, given the two pure strategies of inspecting every train or not inspecting any trains. The Nash Equilibrium in this case will be a mixed strategy.

Sometimes TriMet should be inspecting fares, and other times it should not, because, at around $40 an hour, TriMet’s fare inspectors are too expensive to check every trip. TriMet would lose more money from labor costs than lost passenger revenue. However, if TriMet never inspected fares, the lost revenue would eventually exceed the cost of paying for some deterrence. The optimal mixed strategy would entail a rate of inspection such that the labor costs remain less than the increased revenue.

What is that optimal inspection rate? Assuming TriMet’s labor costs are not too high to achieve this, it would normally be the point where passengers find no expected gain from failing to pay for a ticket.

If there is complete information among riders about the penalty for fare evasion, its deterrence is a function of the probability of getting caught times the size of the penalty. Fare evasion can then be deterred if this number is greater than the price of the ticket.

For TriMet, given its average fare price of $1.46 and $175 fine, the optimal frequency is:

So the rate of inspection should be $1.50/$175 or roughly around 1% of MAX trips need to be randomly inspected. That seems doable, but it doesn’t appear to me that TriMet is doing this. The Portland area’s transit agency is probably losing more money in lost passenger revenue than it would have to spend to maintain this inspection rate.