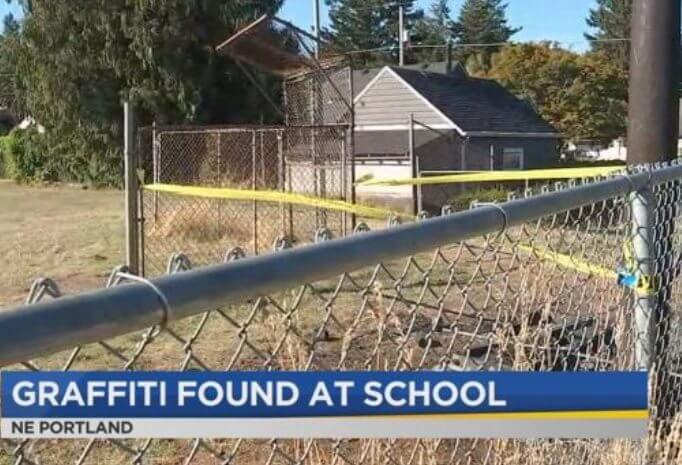 The Multnomah County Republican Party is saddened to learn that two men painted racist slurs on a Menlo Park Elementary School. “Only the despicable would attack an elementary school in this fashion,” said Multnomah County Republican Party Chairman James L Buchal. “We hope that the perpetrators, whose criminal conduct was captured on video, are promptly captured and prosecuted to the fullest extent of the law”.

The Republican Party has a tradition of resisting racism that goes back to Republican Abraham Lincoln’s prosecution of the Civil War, ending the institution of slavery.

“Those fostering racial division in our community are not only reprehensible, but also distracting citizens and preventing them from uniting to solve the very real problems that threaten our state and our nation,” said Buchal, “including out-of-control government spending that is borrowing away the future of our children.”