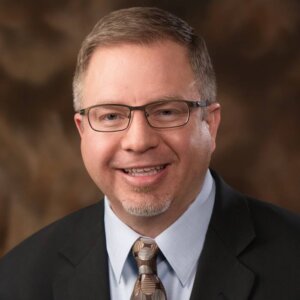 Happy New Year. I wish everyone a 2018 full of prosperity and happiness. As we ring in the new year Oregon’s political world begins with a bang.

Right out of the shoot Oregonians will asked to decide the how best to fund Medicaid in a citizen-led ballot measure in a January special election. Just after Christmas you received an Oregon Voters Pamphlet and then right after New Years your ballot will arrive in the mail. All this effort is for a single issue that you, the voters of Oregon, get to determine. The question at hand in Measure 101 isn’t whether we fund Medicaid. Measure 101 is about how we fund Medicaid — whether we should create a new tax on some people’s health insurance policies to pay for Medicaid.

Note the word “some”. Only some people are subject to this new tax. Those people include Oregonians who pay full price for their own health insurance, including those who just bought healthcare for 2018 at Healthcare.gov; nearly 12,000 college students who buy their own health insurance as a requirement of attending an Oregon university; small employers (under 50 employees) which include businesses and non-profits; and our Oregon public school districts. Voting YES on Measure 101 will also lock into statute a provision that insurance companies are allowed to pass these taxes along to ratepayers, effectively creating a new sales tax on health insurance. Local hospitals will be hit with a .7% tax on their net revenues which will translate into higher healthcare costs for patient hospital visits.

What’s worse, pro-tax lawmakers in Salem gave a carve out to large corporations, private unions and insurance companies — who are all exempted from this new tax to help fund Medicaid. During the 2017 legislative session Republicans had multiple ways to avoid these taxes while still fully funding Medicaid, but the Democrat leadership would not give any considerations to alternatives.

Under Governors Kitzhaber and Brown, the Oregon Health Authority has wasted or misspent nearly $1 billion on failed software projects, costly lawsuits, and overpayments to Medicaid providers. It seems like almost everyday another Oregon Health Authority scandal is uncovered. In a year where state government received record revenues, with even higher revenues predicted for the 2019-21 biennium, one has to wonder why additional taxes are needed for an agency that has wasted so much of our healthcare dollars. Special interests and healthcare lobbyists cry that without the new tax 350,000 of Oregon’s most vulnerable could go without healthcare coverage. This claim is just not true. There will be no flooding of emergency rooms.

The legislature can find nearly $350-400 million to fill any Medicaid budget gap without a new tax on the people. First, the caseloads for the Oregon Health Plan are less than predicted before the session ended in July, which reduces the amount of money the agency needs by about $100 million. Second, there is the money to be reclaimed from Medicaid providers who were given $64 million in erroneous overpayments. Finally, we can increase the closed loop hospital assessment to raise roughly an additional $200 million. This closed loop hospital assessment has been the engine for Medicaid funding in Oregon before these new taxes were introduced. However, if Measure 101 passes, there will be a new .7% hard tax on hospitals, in addition to the traditional closed loop hospital assessment. That new tax in Measure 101 is not assigned to to hospitals, and can be swept by the legislature into the General Fund to be spent anywhere, on anything, other than Medicaid.

The legislature should use the 2018 short session for budget reconciliation — which is why the short session was created, not to implement complicated policies like Cap & Trade. We will have 35 days to make necessary reforms to Medicaid after voters vote NO on Measure 101, and I’m committed to making sure that happens.

The editorial boards of The Oregonian, Bend Bulletin and Baker City Herald are all urging a No vote. Your No vote will not take away health care coverage from anyone, but it will force the legislature to do its job of properly, and fairly, budgeting for Medicaid — something it failed to do in 2017. Vote No and tell Oregon’s legislature to put you the people first before special interests.