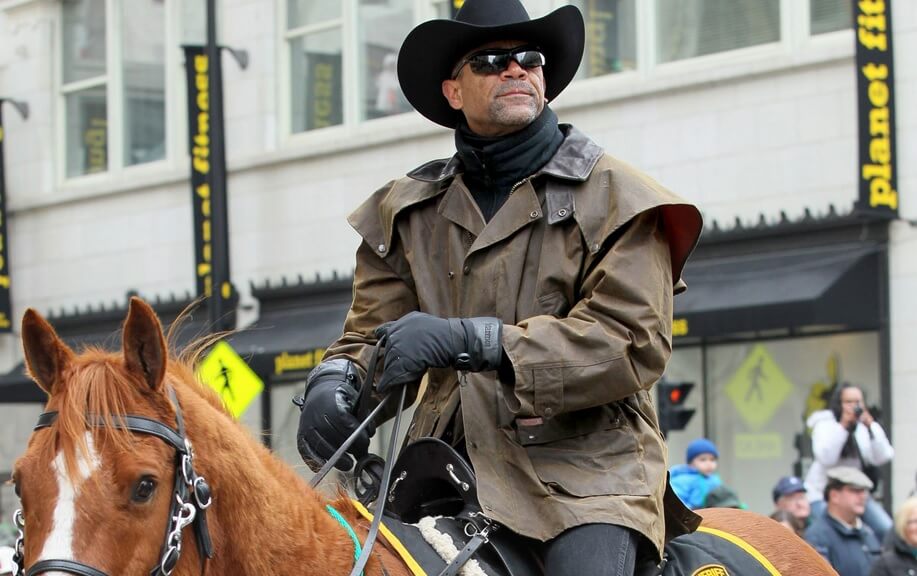 Sheriff David Clarke Jr.  will be speaking at the Oregon Liberty Alliance on Feb 3rd.  Sheriff David Clarke Jr. is the former Sheriff of Milwaukee County. He has enjoyed a long and illustrious career in law enforcement that spans nearly four decades. Sheriff Clarke is a frequent guest commentator for national news programs like CBS Evening News, CNN News Room, and Fox News. Earlier this year Sheriff Clarke released his best-selling book “Cop Under Fire” which chronicles his childhood and the challenges he and countless other officers face in law enforcement today.

Here is some words from Sheriff Clarke from the 2016 convention speech:

“We simply cannot be great if we do not feel safe in our homes, on our streets, and in our schools. I see this every day, at street level, where many Americans increasingly have an uneasiness about the ability of their families to live safely in these troubling times. This transcends race, religion, ethnicity, gender, age, and lifestyle.

And if you don’t believe it, a recent Gallup poll confirms it: More than half of all Americans now worry a great deal about crime and violence, up consistently and dramatically from just a few years ago, and for African-Americans, that number is 70 percent.

Sadly, for a growing number of communities, the sense of safety that many of us once took for granted has been shattered. Americans don’t always feel safe, no matter if they are working in a big city, living in a suburb, or rural areas all around our great country. I often tell residents of Milwaukee, and the cities and towns I visit, that safety is a shared endeavor. It starts with the willing acceptance of people to play by society’s rules:

A code, a code if you will, we collectively agree upon that ensures stability, fairness, and respect.”