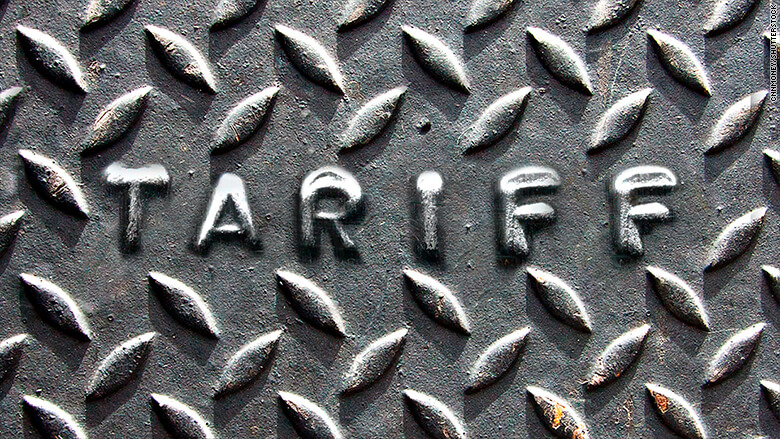 Our economy was delivered a non-trivial body blow yesterday. Using an absurd abuse of Section 232 of a 1962 U.S. trade law that allows for import restrictions in order to protect national security, the President has instead undermined our national security by making American steel-dependent manufacturers less competitive.

In the announcement, there was little talk of how we face the risk of a steel or aluminum shortage in war. Indeed, we’re at war right now. Both our uniformed and our covert soldiers are fighting and bleeding across multiple continents, and Trump’s not trying to overcome a shortage of steel and aluminum. He’s fighting against an abundant supply of these commodities.

Note that Canada is the largest importer to the United States of both steel and aluminum. 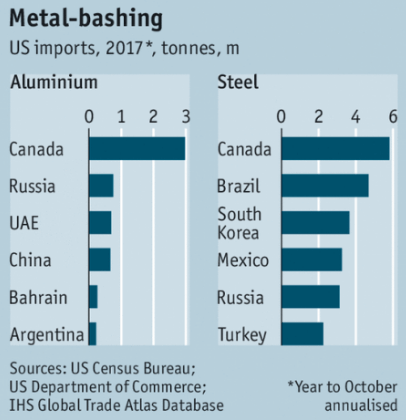 We’re never going to be hurting for steel, aluminum, or any other resource unless the government itself places restrictions on it. What we are missing is a President committed to free-market economics. People who think the government can pick winners and losers better than markets make all kinds of policy mistakes, but steel tariffs are among the most brazen.

Trump tried to sell this policy as good for steel workers. It might be, but the data shows there are 39 American manufacturing jobs dependent on low steel prices for every one job that might benefit from this government intervention into our economy that seeks to raise the cost of steel, and that’s not counting the costs that will be imposed on American workers in exporting sectors that will be retaliated against.

The ultimate cost of this bad policy will be to deny the U.S. economy the benefits of our comparative advantage, that steady source of what has helped make America great. We have a higher standard of living than the rest of the world because we are a destination for so many economic inputs like these raw materials. Making steel and aluminum more expensive is not going to make us any greater.