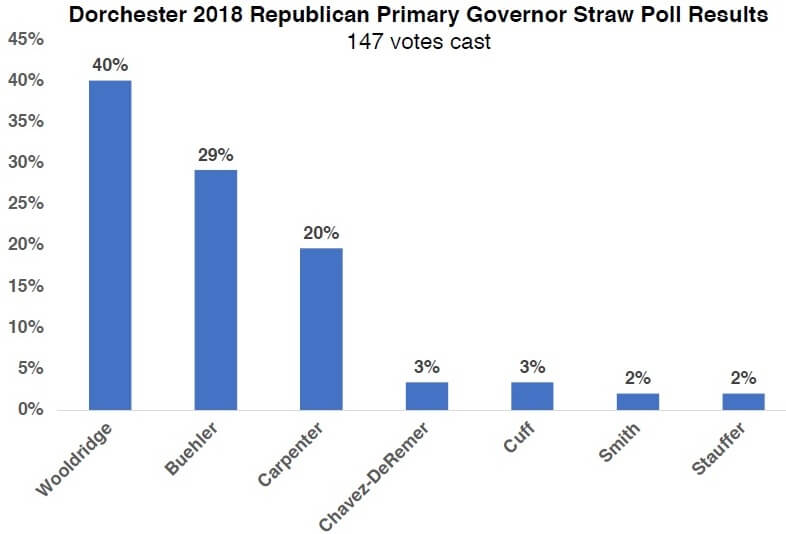 The annual Oregon Dorchester conference had close to 400 attendees from around the state this last weekend in the Salem Convention center.   Oregon governor candidates had a chance to speak at various time in preparation for the Governor’s straw poll.  The results were 40% for Greg Wooldridge, 29% for Representative Buehler, 20% for Sam Carpenter, 3% for Lori Chavez-DeReemer, 3% for Bruce Cuff, 2% for Jeff Smith and 2% for Stauffer. A total 147 votes were cast in the straw poll which was held later Saturday afternoon.

Some of the speakers at Dorchester were Kevin Jackson
who is political commentator, author and talk radio host and also Scott Jennings, Founding Partner of RunSwitch Public Relations and CNN commentator & columnist.

Here is how the Bend Bulletin summarized the conference:

Activists came to the Salem Convention Center to celebrate and debate.

In Oregon, Republicans are in third place when it comes to voter registration, behind Democrats and “not affiliated.”

Richardson called on the party to stop having political “litmus tests” for both officeholders and party members and instead to reach out to Oregonians who might be looking for something other than Democratic Party hegemony.